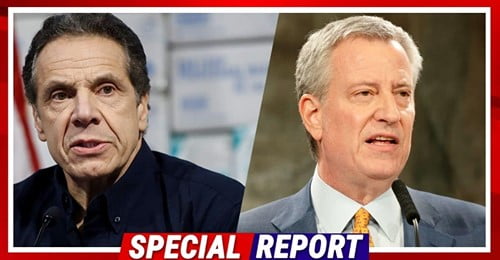 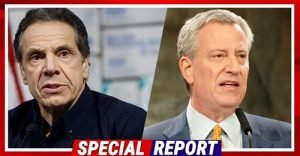 Many believe blue states like Michigan, California, and New York have botched their COVID response from day one.

Despite calls from medical professionals to end lockdowns, these Democrat governors have pushed for harder and harder restrictions, even though that doesn’t seem to be helping their numbers much.

Now California’s Newsom is facing lawsuits and a possible recall election. And New York restaurant owners are threatening to go after their own leaders. From Fox News:

New York City restaurants owners are considering banning Gov. Andrew Cuomo and Mayor Bill de Blasio from eating at their establishments — a move to hit back against the latest restrictions banning indoor dining during the frigid winter months as well as constantly shifting rules during the coronavirus pandemic that have forced business owners to pay out of pocket with little government assistance.

A movement is growing among New Yorkers to ban Gov. Cuomo and Mayor de Blasio from eating at their restaurants.

This effort is yet more evidence that New Yorkers are getting tired of the ham-fisted approach to the virus used by their leaders.

Democrats across the country have ignored calls from medical experts—and demands from their own people—to end these shutdowns. No evidence seems to prove shutdowns have done anything to curb the virus.

In fact, plenty of reports have come out to say shutdowns do far more damage than good. So, why do Democrats keep pushing them?

New York’s leaders are punishing those who feed the state. What do they think is going to happen, if all the restaurants close down?

Do they think tax revenue is going to appear out of thin air? Do they really want thousands of businesses gone and countless people out of work?

This effort will most-likely grow and join other efforts to push back against Cuomo and de Blasio. We’ve already seen hundreds of thousands of New Yorkers leave.

What will happen next?