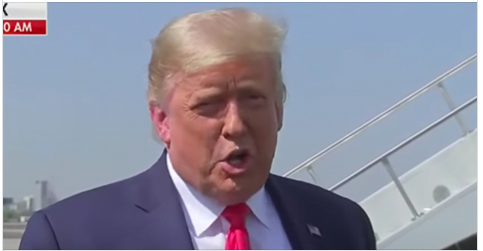 Tucker Carlson accused Washington Post media critic Erik Wemple of being a “political hack” on his show Tuesday, pointing out Wemple’s slow to criticize his own paper for the same wrongs he decries at other outlets.

Carlson kicked off the interview by asking Wemple why he doesn’t criticize The Washington Post for running Russian propaganda ads, when he has criticized other outlets for running similar inserts, and accused others of carrying water for Russia.

“The Washington Post for years many years has literally carried paid propaganda from the Russian government — a section called Russia behind the headlines,” Carlson said. “It looks like newsprint.

Apparently thrown off guard, Wemple told Carlson it’s a good question, and he’s interested in the topic, but asserted readers can tell the difference and noted other papers run similar inserts. Carlson then noted he hit Politico hard for running the same kind of inserts, and started to really pile on the criticism.

“In case after case you fail to cover your own paper running fake or misleading things,” Tucker said, ticking off a list of headlines on stories containing major errors or falsehoods, such as a botched story that wrongly claimed Russia had hacked into the power grid. Wemple did write about the power grid story, but failed to interview the reporters responsible.

“You could interview the reporters who wrote the story,” Carlson told Wemple. “And then you end with this: ‘the missteps mar an otherwise spectacular run for The Post.’ Now when you write something that brown-nosey, do you feel guilt?”

“Do you feel like you’re doing your job as a hard-hitting media reporter?” Carlson added, laughing.