These 6 Taxes Could Go Away Under President Trump

There aren’t many Americans who enjoy thinking about their taxes, but the truth of the matter is that tax planning throughout the year can make your life a whole lot easier come tax time.

Tax planning is especially important considering that about 80% of all Americans receive a refund from the federal government in a given year. A simple adjustment of your federal tax withholding, for example, could result in your getting a raise with each paycheck, as opposed to waiting until next year to get a lump-sum refund from the IRS that earned no interest.

However, tax planning in America is probably a few months away from a big shift, and consumers should be aware of it. Electing Donald Trump as president came as a surprise to many Americans, and his policies could throw a curveball into what most taxpayers have been used to for close to a decade.

Understandably, a lot could change between what Trump has said on the campaign trail and what actually happens once he gets into office. It’s no secret that he and some of his Republican colleagues have clashed over certain ideas, which could slow the legislation process. However, having Congress and the presidency unified under a single party could very well mean that big tax changes are around the corner. 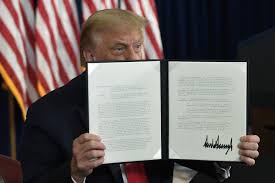 These taxes could go away under President Trump

Based on Trump’s various tax proposals, six taxes could wind up being eliminated, four of which would go away as a result of repealing and replacing the Affordable Care Act.

Beyond Obamacare, two additional taxes are on the chopping block with Trump as president.

Once again, it’s important to emphasize that what Trump proposed during his campaign and what actually gets passed into law could be very different. Nonetheless, taxpayers should be prepared for what could be our first major tax reform in quite some time.

The $15,834 Social Security bonus most retirees completely overlook
If you’re like most Americans, you’re a few years (or more) behind on your retirement savings. But a handful of little-known “Social Security secrets” could help ensure a boost in your retirement income. For example: one easy trick could pay you as much as $15,834 more… each year! Once you learn how to maximize your Social Security benefits, we think you could retire confidently with the peace of mind we’re all after