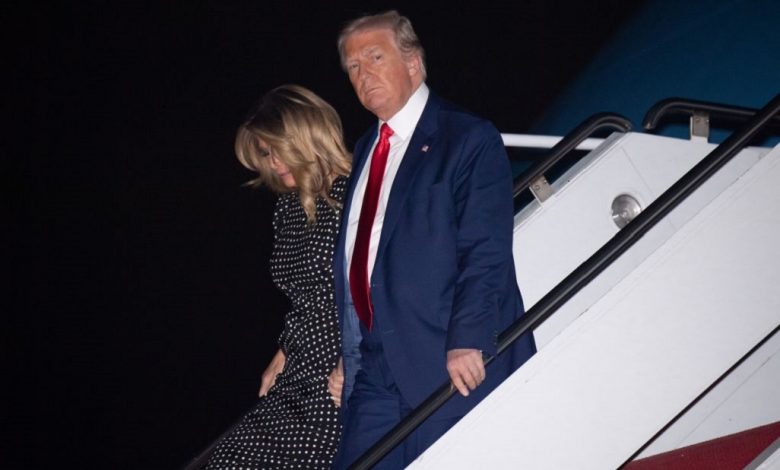 President Donald Trump is traveling to Georgia on Monday to campaign for two Republican senators who hope to beat Democratic challengers in this week’s runoff elections.

Senate terms are staggered but the two races are happening in conjunction because Sen. Johnny Isakson (R-Ga.) retired in 2019 for health reasons, leading to the appointment of Loeffler to temporarily fill his seat. Whoever wins the Loeffler-Warnock battle will finish Isakson’s term but face another race in 2022.

Trump is slated to depart the White House at 6:10 p.m., going to Dalton Regional Airport in Georgia to campaign with Loeffler and other Republicans, including candidate for Public Service Commissioner Lauren “Bubba” McDonald.

Perdue won’t be there because he’s in quarantine after being exposed to COVID-19.

Trump on Saturday announced he’d be rallying for “two GREAT people,” Perdue and Loeffler. “GET READY TO VOTE ON TUESDAY!!!” he wrote in a tweet.

Over 3 million people have already voted via mail or through in-person early voting, according to state data. The election takes place on Jan. 5, one day before members of Congress gather in Washington to count electoral votes.

Loeffler was noncommittal on Sunday when asked on Fox News whether she plans to join the dozens of Republicans who will object to some of the votes. She’s kept the option open, drawing criticism from Warnock, who has joined fellow Democrats in asserting the election is over and Democratic presidential nominee Joe Biden won.

Perdue on Fox News’ “Sunday Morning Futures” noted that he will technically not be in office when the session takes place, but encouraged colleagues to do so.

Ossoff and Loeffler made their cases for why voters should choose them on Sunday morning shows, with Ossoff saying Democrats would push for expanded Pell Grants and raising the minimum wage if they flip the Senate, and Loeffler warning of socialist proposals if Republicans don’t maintain a majority.

Republicans hold 50 seats in the Senate, and will keep control if they win at least one of the two races. If Democrats win both, and Biden is sworn in, they’ll control the Senate by virtue of a tiebreaking vote the vice president can cast.

Biden is heading to Atlanta on Jan. 5 to campaign with Ossoff and Warnock, while Sen. Kamala Harris (D-Calif.), Biden’s running mate, rallied with them in Savannah on Sunday.