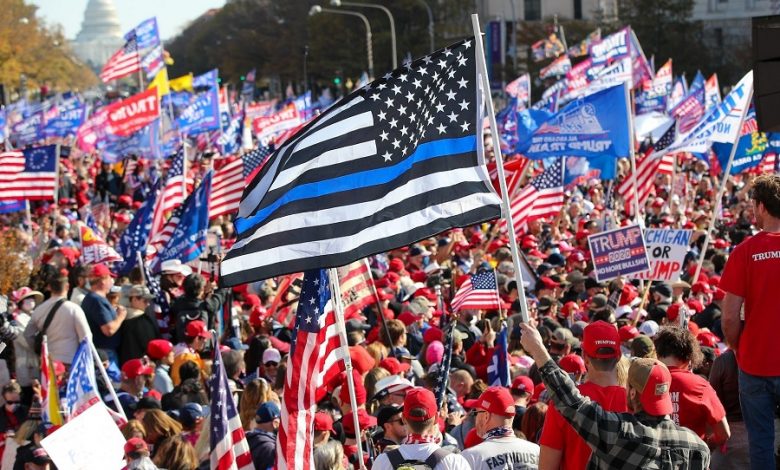 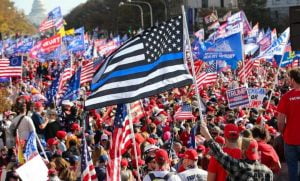 Amy Kremer, a “March for Trump” organizer, said the event she’s organizing will be at The Ellipse, a 52-acre park south of the White House.

The location is “just steps from the White House!” Kremer wrote on Twitter, urging people to get to the spot early, noting that doors will open at 7 a.m.

Like similar protests late last year, several groups are planning separate events that are expected to flow into one another.

Organizers say they want to support Trump and protest against what they describe as the stealing of the presidential election, pointing to evidence of election irregularities in states like Georgia.

“Democrats are scheming to disenfranchise and nullify Republican votes. It’s up to the American people to stop it. Along with President Trump, we will do whatever it takes to ensure the integrity of this election for the good of the nation,” the “March for Trump” RSVP page states.

Trump announced Friday he plans to join the protests, a boost to supporters who plan on attending. Organizers have projected a turnout of up to 1.5 million people.

The “Stop the Steal” movement told people to gather in The Ellipse at 9 a.m. before moving to the U.S. Capitol building at 1 p.m. on Jan. 6.

Ali Alexander, the lead organizer for the “Stop the Steal” movement, said pressure from his group led to 11 more Republican senators committing to objecting to electoral votes during the joint session of Congress. Members will be counting votes as protests carry on outside.

Other events are taking place on Jan. 5, including a rally hosted by Moms for America and a “Stop the Steal” protest.

Trump said Jan. 6 will be a historic day and promised to join the events, which he previously said “will be wild.”

Most of the streets around the Capitol will be closed starting 12:01 a.m. Tuesday through 11:59 p.m. on Wednesday, according to the Metropolitan Police Department.

Police reminded people planning to attend the rallies that District of Columbia code bars anyone from carrying a firearm within 1,000 feet of any First Amendment activity, including anyone who has obtained a concealed carry permit in the district.

Democrats have criticized plans to object to Electoral College votes and some Republicans said over the weekend they would not join the effort.

“The 2020 election is over. All challenges through recounts and appeals have been exhausted. At this point, further attempts to cast doubt on the legitimacy of the 2020 presidential election are contrary to the clearly expressed will of the American people and only serve to undermine Americans’ confidence in the already determined election results,” Sens. Mitt Romney (R-Utah), Susan Collins (R-Maine), Bill Cassidy (R-La.), and Lisa Murkowski (R-Alaska) said in a joint statement with six Democratic senators.