Breaking News: See The Nashville Bombing “Person of Interest”! You Will Be Shocked 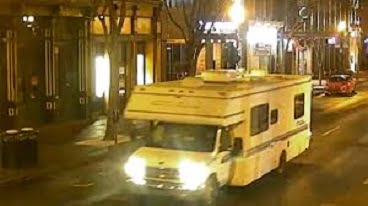 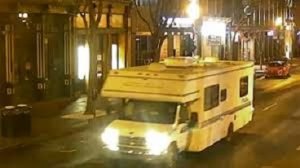 CBS is claiming they’ve identified the “person of interest” in the Christmas Day bombing in Nashville, and you’ll be shocked at this man’s age.

First off, his name is Anthony Quinn Warner and authorities have figured out that this man owns a similar style RV like the one we’ve seen in many pictures from the bombing.

The man ID’d by CBS is 65-years-old..which seems rather shocking, if you ask me.

I dunno, this whole thing has a weird vibe to it.

Anthony Quinn Warner was identified as the person of interest accused in the explosion of a parked RV in downtown Nashville, Tennessee, on Christmas morning, according to CBS News.

Jeff Pegues, a CBS News journalist, wrote on Twitter, “@CBSNews has learned the name of a person of interest tied to the explosion that rocked #Nashville on #Christmas Day. Multiple sources tell us that Anthony Quinn Warner, a Nashville area resident, had a similar make and model RV.” Authorities have not yet confirmed the identity.

In a December 26 press conference, authorities declined to confirm CBS News’ name release. They said they had over 500 investigative leads and are, thus, looking into multiple individuals. “At this point, we’re not prepared to identify any single individual,” authorities said. They said they don’t know if there was more than one person involved in the bombing, although they don’t believe there are any active threats.

…#exclusive @CBSNews has learned the name of a person of interest tied to the explosion that rocked #Nashville on #Christmas Day. Multiple sources tell us that Anthony Quinn Warner, a Nashville area resident, had a similar make and model RV.

Nobody believes the disgraced Feds anymore. And can you blame them?

So is Anthony Quinn Warner the actual bomber or is he going to be the media’s and FBI scapegoat like Richard Jewell was?

The Heavy report goes on to say that a message was “playing from the RV” before the blast. The video below, which was posted on a new Twitter page but also published by local Nashville television stations, captures a message urging people to evacuate.

“If you can hear this message, evacuate now. This area must be evacuated now,” a woman’s recorded voice says in a monotone voice in the video.

Many people are already leery of this investigation and believe it has all the earmarks of the Las Vegas investigation where nothing “conclusive” was ever reported. It was just a “well, nothing to really see here folks, move along…”

Our FBI is such a disgrace and so weaponized by the left that you can’t really blame people for having no faith in them.
And sadly, the same goes for our elections as well.