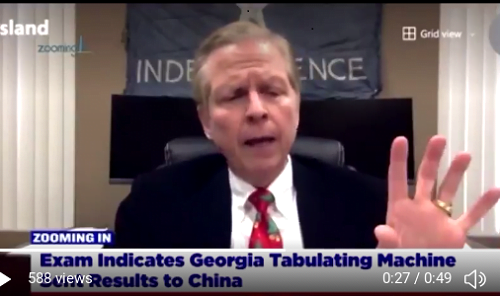 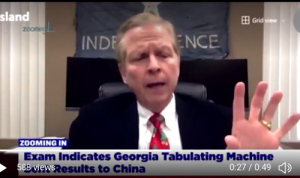 Russell Ramsland and his team of IT experts were hired to investigate the Dominion Voting Machines in Antrim County Michigan recently.

Ramsland later filed an affidavit where he claimed the election results in Michigan were an impossibility.

Russell Ramsland: It looks like it’s going to prove out to be correct that in Georgia there is a “smart thermostat” that is talking to the tabulations and reporting the votes back to China. And that was traced by a Microsoft engineer and he brought it to our attention yesterday. So that’s being monitored.