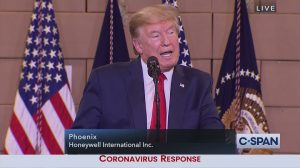 President Trump is fighting for America.

Mark Finchem is an Arizona State Representative (District 11) and chaired the Arizona Hearing on Election Fraud.

Thank you Mark. Big numbers found in Arizona.We must win for our Country! https://t.co/I6UXM3cz42

“The reason we have paper backups here in Arizona, is that when there’s a question, we can look at them. Right now, those paper ballots are basically being held hostage by attorneys, by judges, while the people of the state and people of the nation are crying out to know whether the results are accurate.”

Why are the paper ballots being held hostage?

What are they hiding?