Breaking Big: Congress Certifies Electoral College Votes for Biden – See What is Next 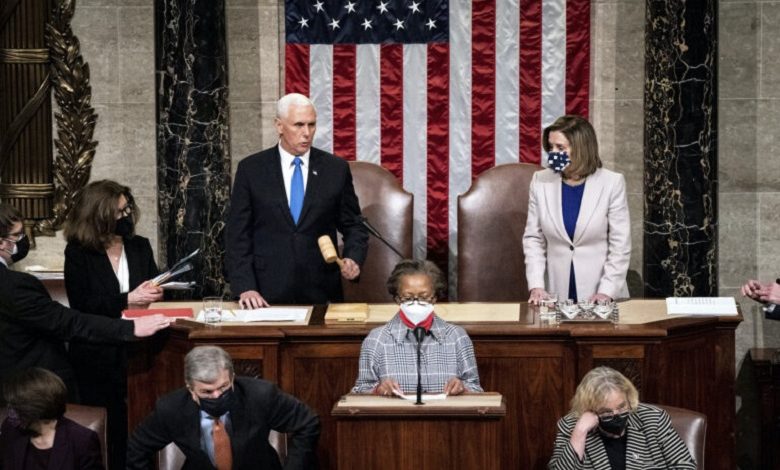 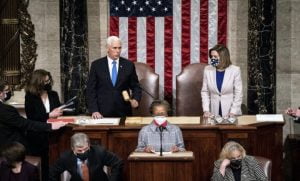 Congress early Thursday certified the U.S. Electoral College vote for Joe Biden in an election shadowed by a series of allegations of irregularities and election fraud.

In a tally read by Vice President Mike Pence, Biden garnered 306 electoral votes while President Donald Trump won 232. The joint session of Congress concluded following a tumultuous Wednesday afternoon, where a group of rioters stormed the U.S. Capitol as lawmakers were debating whether to reject votes for Arizona.

It is unclear who instigated the breach of the Capitol building.

Shortly after the certification, Trump released a statement where he promised an orderly transition on Jan. 20.

“Even though I totally disagree with the outcome of the election, and the facts bear me out, nevertheless there will be an orderly transition on January 20th. I have always said we would continue our fight to ensure that only legal votes were counted. While this represents the end of the greatest first term in presidential history, it’s only the beginning of our fight to Make America Great Again!” Trump said in his statement.

The civil unrest forced both houses of Congress to suspend their sessions and caused lawmakers to shelter in place, delaying the session for several hours. Lawmakers resumed the electoral vote count process around 8 p.m.

Republican lawmakers succeeded in launching objections to electoral tallies from Arizona and Pennsylvania, forcing both houses of Congress to retreat to their respective chambers in order to debate the reasons for objecting to the votes. But both chambers ultimately voted to reject the challenge for both states.

The House debate for Pennsylvania did not end without drama. Some comments by Rep. Conor Lamb (D-Pa.) on the House floor, which were deemed provocative by some of his colleagues, led to a shouting match with a Republican lawmaker. The GOP lawmaker was eventually removed from the chamber for refusing to let Lamb continue.

Prior to the day’s proceedings, almost 90 Republican House members and 13 senators said they were committed to challenging the votes in order to protect the integrity of future elections, according to a tally by The Epoch Times. Several dozen lawmakers were also opposed to challenging the electoral votes, including top Republican leaders Sens. Mitch McConnell (R-Ky.) and Lindsey Graham (R-S.C.).

But following the building breach, which left four protesters dead and over a dozen police officers injured, several lawmakers announced that they would drop their plans to challenge the electoral votes, including Sen. Kelly Loeffler (R-Ga.), who was the key senator leading the objection in Georgia.

“I cannot now in good conscience object to the certification of these electors,” Loeffler said in a brief speech on the Senate floor during the debate over Arizona’s votes after congress reconvened. “The violence, the lawlessness, and siege of the halls of Congress are abhorrent and stand as a direct attack on what my objection was intended to protect—the sanctity of the American democratic process.”

During the joint session of Congress, House members raised objections to electoral votes in Georgia, Michigan, Nevada, and Wisconsin but their challenges could not be accepted by Pence as they did not have the support from a senator, rendering them largely symbolic.

What is usually considered a formality became a focal point for America after the counting session took on heightened significance due to concerns over the integrity of the 2020 election. Seven states sent two sets of certificates to Washington—one for Biden and one for Trump—but only the certificates for Biden were certified by state officials, and state legislatures have been out of session over the holidays, unable to debate the votes.