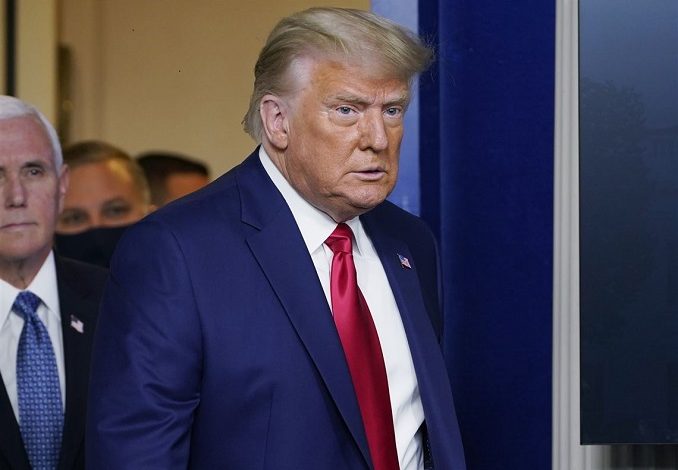 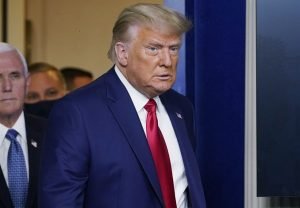 President Donald Trump early on Jan. 7 promised there would be an orderly transition on Jan. 20, while vowing to continue to fight to better America.

“Even though I totally disagree with the outcome of the election, and the facts bear me out, nevertheless there will be an orderly transition on January 20th. I have always said we would continue our fight to ensure that only legal votes were counted,” Trump said in a statement.

“While this represents the end of the greatest first term in presidential history, it’s only the beginning of our fight to Make America Great Again!”

The joint session to count Electoral College votes was interrupted by protesters who stormed the Capitol, leading to a long delay. A bolstered group of law enforcement officers, which included reinforcements from the U.S. Marshals Service, the FBI, and other agencies, ejected protesters and allowed legislators to reconvene and count electoral votes.

Objections to two states, Arizona and Pennsylvania, were filed with the required support but were ultimately voted down.

Trump had called on Republicans to object to votes from swing states in which fraud was alleged or proven. Those included Georgia, Michigan, and Wisconsin. Objections require support from at least one senator, and senators only supported objections to two states.

Biden’s team had criticized the planned vote objections. After the Senate voted 93–6 against the objection to Arizona’s certification, Ronald Klain, Biden’s incoming chief of staff, called the vote “an overwhelming rejection of the baseless, anti-democratic challenge to the will of the voters of Arizona.”

Trump during a rally on Jan. 6 accused Democrats of stealing the election and the “fake news media” of supporting them.

“That’s what they’ve done and what they’re doing. We will never give up. We will never concede, it doesn’t happen. You don’t concede when there’s theft involved,” he told a crowd in Washington, near the Capitol.

Trump said Vice President Mike Pence should, in his role presiding over the joint session, reject electoral votes from some of the contested states. Pence didn’t, saying in a statement he believed he didn’t have the “unilateral authority” to do so.

Biden was among those who blamed the president for the violence that unfolded at the Capitol; four people died on Capitol grounds.

What happened “is not protest. It’s insurrection,” Biden said in an address to the nation.

“America is about honor, decency, respect, tolerance. That’s who we are. That’s who we’ve always been. The certification of the Electoral College vote, it’s supposed to be a sacred ritual, which we affirm, its purpose is to affirm the majesty of American democracy.

“But today’s reminder, a painful one, that democracy is fragile and to preserve it, requires people of goodwill, leaders who have the courage to stand up, who are devoted, not to the pursuit of power or their personal interests, pursuits of their own selfish interest at any cost, but at the common good,” he added.