Breaking News: Congress Dismisses Objection to Electoral College Votes for Pennsylvania Because OF This 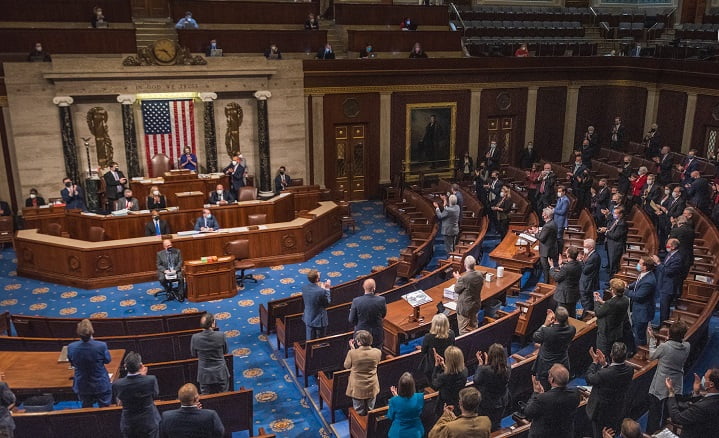 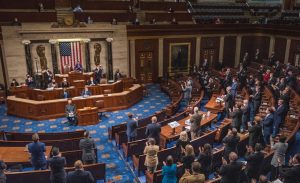 The House and Senate voted to reject an objection to Electoral College votes for Pennsylvania in the early hours of Thursday.

There was no debate in the Senate over the objection prior to the 92-7 vote, as Hawley made his statement during the debate on the Arizona objection earlier in the night.

The House voted to reject the objection at a vote of 282-138 at 3:11 a.m. ET. The two chambers moved back to a joint session to continue the counting of electoral votes around 3:23 a.m. ET.

Hawley was the first senator and among the first lawmakers to announce that he would object to the certification of electoral college votes.

Hours before the vote, a group of protesters breached the Capitol building, sending Congress into chaos and forcing police to take precautions and disperse thousands of Trump supporters who had rallied on Capitol Hill as their representatives deliberated whether of not to certify Electoral College votes for Arizona—one of the battleground states where allegations of election fraud and irregularities have surfaced.

Video footage showed people dressed in black with red MAGA hats spraying fire extinguishers inside the Capitol. It is unclear who instigated the protests that breached the building.

Hawley condemned the violence that unfolded on Capitol Hill, which have left four people dead, according to Washington Mayor Muriel Bowser.

The woman shot inside the U.S. Capitol has been identified as Trump supporter and veteran Ashli Babbitt. The three other deaths have been attributed to medical complications, perhaps from the tear gas used to disperse protesters.

After a number of senators changed their minds in challenging the votes after the assault of the Capitol, Hawley’s office indicated that he would stay the course and mount a formal objection as planned to Pennsylvania’s electoral votes favoring Democratic presidential candidate Joe Biden.

“Pennsylvania, which is a state that I have been focused on as an example as to why people are concerned. Millions of Americans are concerned about our elections integrity,” Hawley said of the Keystone State during the Arizona debate.

He called out Pennsylvania lawmakers over enacting new procedures regarding mail-in ballots.

“Last year, Pennsylvania elected officials passed a whole new law that allows universal mail-in balloting,” he said. “And did it irregardless of what the Pennsylvania Constitution says.

“And then when Pennsylvania and [its] citizens tried to go and be heard on the subject, before the Pennsylvania Supreme Court, they were dismissed on grounds of procedure, timeliness in violation of that Supreme Court’s own precedent.”

Debate continues over Pennsylvania in the House as of early Thursday, 12:50 a.m. local time.

The Arizona challenge failed to secure support from both the House and Senate.