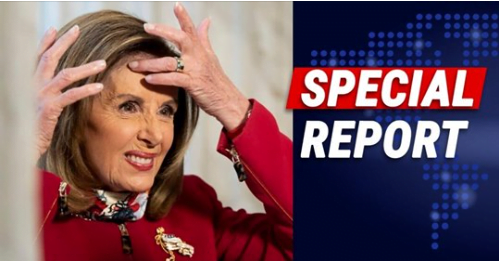 Do you think Democrats want to help Americans? Well, let’s just look at the track record.

We’ve been waiting months for them to work with Republicans to pass more relief. Instead, they’ve either delayed or tried to derail talks with ridiculous demands.

Even when Trump called for compromise and stripped-down deals, Pelosi and her gang said no. So, what is the Democrats’ real record on relief for Americans and small businesses?

The Democrats’ blocking of a PPP extension arises as House Speaker Nancy Pelosi (D-CA) told CBS 116 days ago that “we can’t go home without” a bipartisan deal on coronavirus aid.

Democrats blocked yet another chance to craft a bipartisan COVID relief deal, the 40th time since the month of August.

That’s just a few months ago, mind you. Democrats are working overtime to prevent Americans from getting help over this pandemic.

Democrats at the state level seem more than willing to impose new lockdowns on citizens. Democrats in Congress, meanwhile, continue to hurt the economy by playing politics and refusing to get a deal done on a relief bill to help Americans.

They seem to be trying to ruin us from both ends. Not that another $1200 would be enough for people struggling to pay bills, rent, and provide food for the last seven months.

Don’t believe anything Pelosi and these Democrats say. They have refused to do anything to turn around the COVID situation.

It’s almost as if they want things to get worse. Why would they want that? I don’t know, but why did we just give Democrats control of the House again?

Time and again Republicans have offered deals and legislation to turn this situation around. Not once have we seen Democrats willing to cooperate.

Joe Biden has talked about America entering a “dark winter.” Yeah, it seems Democrats deliberately want to take us there.