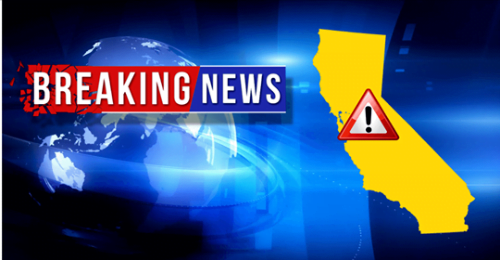 There was much more at stake in this year’s election than just the presidency. Americans who went to the polls were deciding many key races and issues.

Republicans were victorious in flipping several blue House seats red. And they were able to keep control of the Senate.

These victories flew in the face of many of the media’s polls, who were proven wrong again and again.

Perhaps the most underreported victory came in the blue state of California:

A statewide ballot measure that would allow affirmative action programs to be reinstated in California was rejected by voters in Tuesday’s election.

Under Proposition 16, public universities would have been allowed to consider race, sex, color, ethnicity or national origin to address diversity in admissions and other programs…

The proposition was placed on the ballot by the Democrat-controlled California Legislature to repeal Proposition 209, a highly controversial measure approved by voters in 1996 that barred affirmative action programs in the state.

Voters in deep Democrat California actually pulled out a victory against the left’s agenda by rejecting Prop 16.

This proposition would have reinstated affirmative action policies, that forced the state government to prioritize race in various situations.

Affirmative action has been heavily criticized in the past but has seen a comeback through “woke” culture. Many on the left want to use race, sex, or other ethnicities to determine someone’s eligibility for school and other programs.

Critics of affirmative action believe Americans should be judged by their merits, not their race. But for decades, advocates have pushed their agenda, seemingly to give certain people special status over others.

If there was one state that might have happily reinstated affirmative action, it would have been California. But this shock result was not what the left wanted.

There is a chance the Democrat governor of the state will force AA onto it, anyway.

Gavin Newsom has shown that he loves to force his agenda onto CA residents, regardless of what they want.

Are you happy Californians pushed back the liberals?