Ken Starr Pulls Back Curtain On 2020 Vote – He Says U.S. Constitution Violated By The State Of Pennsylvania 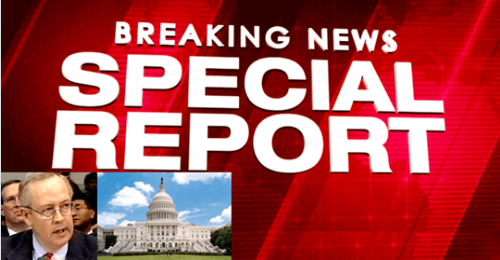 Ken Starr is the famous lawyer who led the charge in the impeachment investigation against Bill Clinton.

He’s come out with some important information on the ongoing election drama. He appears pretty concerned about what’s going on in our country.

And he’s pointing out some major issues the president himself needs to take action on:

“This is what we know. We have to go back to the state level and how this morass came to be in the first instance. The Governor, Wolf, and the State Supreme Court, flagrantly violated the Constitution of the U.S. The power to set these rules and regulations is vested in the

….Legislature. They just ignored that, ignored the Constitution. Now we bring it down to the counting houses, and outrageously, observers, who are the sentinels of integrity & transparency, were excluded. Pennsylvania has conducted itself in a horrible lawless way, and….

….hopefully this will be corrected at the Supreme Court of the United States. Also, these late ballots past Election Day are illegal, exactly what the President has been saying. The Supreme Court, in extraordinary circumstances,…

….has been able to render decisions in a matter of days.” Ken Starr, former Independent Counsel @Varneyco

Ken Starr explained that the government needs to go back to the state level and sort out how this problem began in the first place.

He accuses the Pennsylvania governor and the state’s Supreme Court of “flagrantly violated” the Constitution.

Also, Starr points out that the state governor and courts do not set the rules for elections. The state legislature has the power to set the rules.

But these Democrats ignored that to apparently give Joe Biden the upper hand. He also slammed the counting houses for their shocking lack of transparency.

Starr is calling on the U.S. Supreme Court to step in and settle this issue, particularly with the case of late ballots that have been deemed illegal by state law.

He appears hopeful that the court can settle this matter in days.

Trump has stated for days that he will be taking this issue to the Supreme Court. States continue to drag out counting, while plenty of reports suggest problems that have yet to be addressed.

The Supreme Court could step in and order late ballots removed and have states recount the vote.

But it all comes down to whether it’s taken to the Supreme Court and if they take up the case.