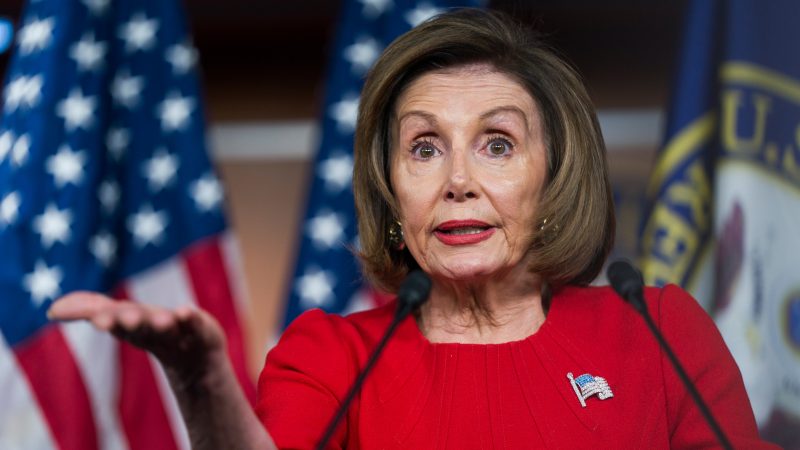 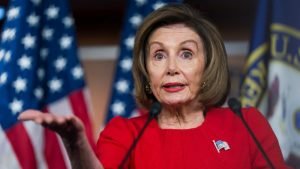 For a long time, Nancy Pelosi has attacked Trump’s health and mental fitness.

Most recently, she pretended to try to use the 25th Amendment to remove Trump, claiming his COVID treatment had affected him.

(And by pretending we mean that she knew it was just a political stunt.)

Her outrageous behavior motivated some to ask if there was a way to hold the Speaker accountable.

They seemed to believe her words and actions make her unfit to lead.

Well, it appears Rep. Doug Collins has found a solution:

A House Republican has introduced a resolution that calls for the removal of House Speaker Nancy Pelosi (D-CA), who he says lacks the “mental fitness” for the job…

“Nancy Pelosi’s unwillingness to abide by the Constitution, combined with her recent actions, call into question her own mental fitness,” he wrote on Twitter. “It’s critical that the House of Representatives demand her removal from the line of succession.”

Republican Doug Collins has introduced a resolution to remove Pelosi from her role as Speaker.

Collins slammed Pelosi over her actions in recent days saying she, “does not have the mental fitness to serve.”

It appears the Republican is pointing to many recent moments where Pelosi has acted or behaved in unacceptable or strange ways. Let’s go over them!

Remember, she promised not to impeach Trump, then quickly flip-flopped. She tore up Trump’s historic SOTU address before the entire country.

As news spread about the dangers of COVID, she defied Trump by encouraging people to visit Chinatown.

Recently, she accused the GOP of “coming for your children.” She also called Republicans “enemies of the state.”

After harping on Americans for not wearing masks, she was seen not wearing a mask while visiting a salon—despite the fact that the salon was closed to everyone else.

Then there’s that time she had a “brain glitch” and said “Good morning” in the middle of an interview.

What’s really going on with Nance? More and more she appears to be showing the same odd behaviors as Sleepy Joe.

Could it be that she really is unfit to lead? What do you think? Who should be removed: Trump or Pelosi?