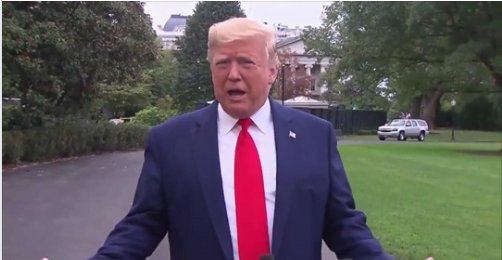 The order, required by law after Trump paid $3 million for the recount, was agreed to after rancorous debate for more than five hours Wednesday night that foreshadows the partisan battle ahead.

“It’s just remarkable the six of us in a civilized fashion can’t agree to this stuff,” Democratic commissioner Mark Thomsen said hours into the debate. The commission is split 3-3 between Democrats and Republicans.

The recounts in Milwaukee and Dane counties, where Joe Biden outpolled Trump by a more than 2-to-1 margin, will begin Friday and must be done by Dec. 1. Biden won statewide by 20,608 votes. Trump’s campaign has cited “irregularities” in the counties, although no evidence of illegal activity has been presented.

“We understand the eyes of the world will be on these Wisconsin counties over the next few weeks,” Meagan Wolfe, Wisconsin’s top elections official, said Thursday. “We remain committed to providing information about the process and assisting our county clerks by providing facts on the mechanics of a recount and status updates.”

The commission argued over changes to its manual that provides guidance to local elections officials over how to conduct recounts. Ultimately, they decided not to reference the manual in the order, but they did update some parts to reflect accommodations for the coronavirus pandemic.

The commissioners deadlocked on making changes to the manual that Democrats and elections commission staff said would bring the guidance into line with current state law. Republicans balked, saying the guidelines should not be changed after Trump filed for the recount.

Their inability to agree leaves in place guidance that says absentee ballot applications must be approved as part of the recount, even though commission staff said that’s not required under the law.

Democratic commissioners said they were certain the recount was headed to court even though Trump’s claims were without merit.

UPDATE: The Wisconsin Elections Commission has agreed to issue an order to recount ballots in two heavily liberal counties at President Donald Trump's request, but only after hours of contentious debate that may foreshadow the partisan battle ahead. https://t.co/pzJLbc2N4v