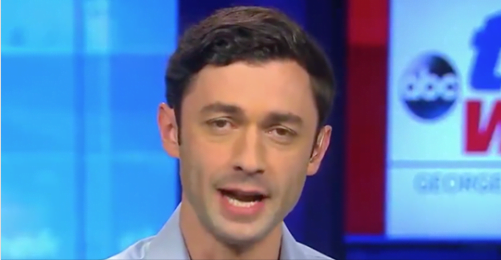 “There’s massive enthusiasm for Joe Biden here.” Ossoff said  “and look, Joe Biden just unseated an incumbent president by the most significant popular vote margin for a challenger since Hoover was defeated by Roosevelt in 1932. And that hope that I was just talking about, that feeling that we have the opportunity now to heal our nation’s soul after four years of hatred and fearmongering and division.”

He added “To empower medical experts to lead us

out of this pandemic, to invest in infrastructure and clean energy and economic recovery. And to enact a broader program, a new Civil Rights Act, establishing healthcare as a human right for all people in this country.
This is where we’re headed as a country. And Georgians are excited to be a part of it. We recognize that these races in Georgia have national implications.”

"We're excited to be part of it. We recognize that these races in Georgia have national implications." https://t.co/RzvHrua3iC pic.twitter.com/mP80PMFtSo