WATCH: Forbes says Dem plan to cancel student debt would “make a mockery” of those who paid 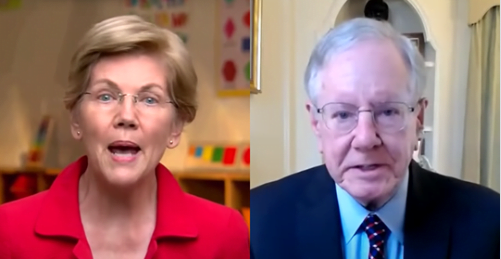 Appearing on Fox News, Steve Forbes argued the progressive wing of the Democrat party’s plan to cancel student debt would “make a mockery” of those who paid.

He continued by asking “So, you make a mockery of people who’ve played by the rules and this gets to the big issue which is, why are college tuitions rising a four times the rate of inflation—the sticker price—which are they rising eight times the cash wages of working Americans?”