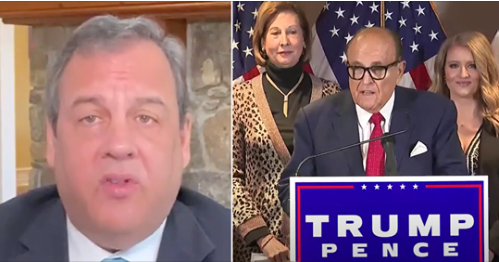 “They won’t do it inside the courtroom,” Christie charged of Trump’s legal team.

“Yes,” Chris Christie tells @GStephanopoulos when asked if it’s time for President Trump to stop challenging the 2020 election results, adding that the president’s legal team has been a “national embarrassment.” https://t.co/9HKDetYpa5 pic.twitter.com/zuGivUyqYo