Vice President Pence Takes On Joe Biden – He Declares Trump Has Never Stopped Fighting, So We Will Keep Fighting 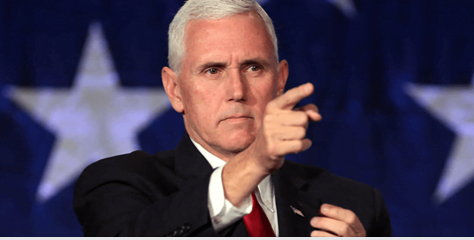 Plenty of Republicans have turned on Trump and congratulated Joe Biden over his “win.” But not the ones that count.

Many key Republican leaders are throwing their weight behind the Trump campaign. Some have donated money to the legal battles, others are volunteering their own time to the fight.

That includes key members of the House and Senate. And one other Republican star.

Some might have thought Mike Pence would stay quiet and bide his time for 2024. But he has seen how Trump has fought for America these last four years.

And he’s got a message for his team and the country:

Told @VP Team Today, “it ain’t over til it’s over.. and this AIN’T over!” President @realDonaldTrump has never stopped fighting for us and we’re gonna Keep Fighting until every LEGAL vote is counted!

Vice President Pence declared that because Trump never stops fighting for America, he’s not going to stop fighting too.

The media has tried to end this election quickly by declaring Biden has won. But it seems like they are ignoring the fact that recounts are underway, as are legal challenges in several key states.

The election isn’t over because the MSM says so. It can only end early, before every vote is counted, if Republicans give up the fight.

Perhaps Democrats expected the GOP to just curl up and die. Perhaps they thought this was the same GOP that just handed Obama the reins to the country.

But this is the GOP of Donald Trump. It is a party that refuses to back down, especially when there appears to be wrongdoing going on.

Mike Pence is willing to fight to count every legal vote. He’s battled alongside Trump all these years as the media throws every weapon at them.

And he’s not going to give up now.

Are you standing with Donald Trump and Mike Pence?