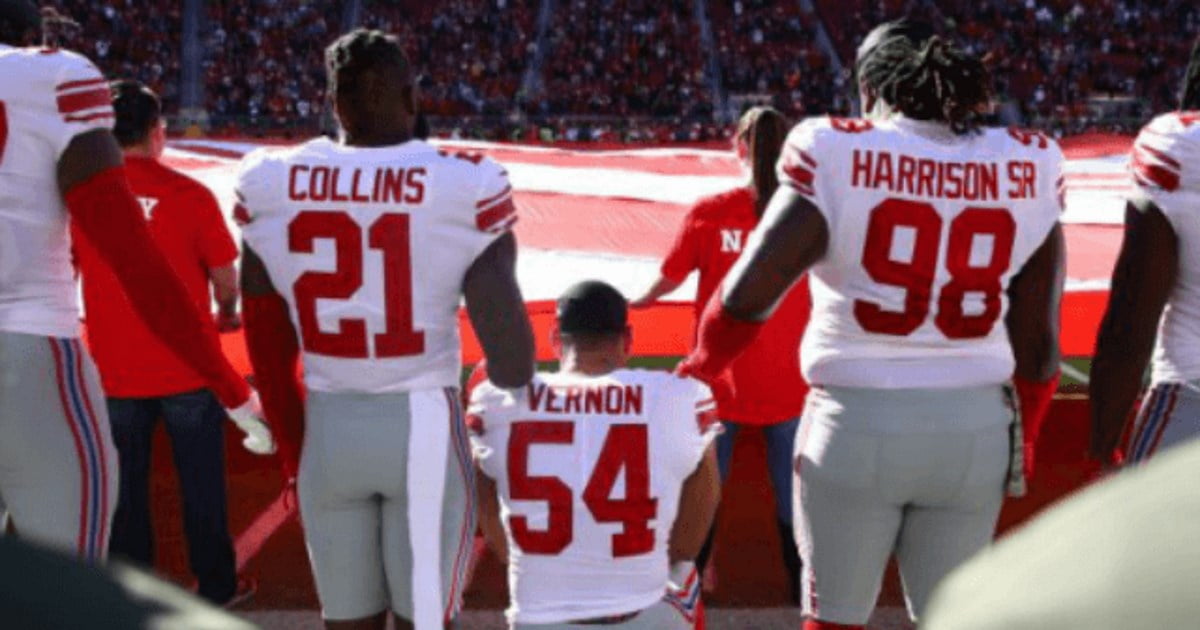 AMVETS officials are saying that the National Football League censored their TV advertisement because it criticized the league’s widespread protests against the country during the playing of the national anthem.

The nation’s largest veterans service organization was approached by the NFL to place an ad during the big game this year but when AMVETS submitted the ad containing the hashtag “#PleaseStand,” the NFL rejected it, according to the Army Times.

The ad, projected to cost the group $30,000, also featured veterans saluting the flag and ended with information on how to donate to the charitable organization.

AMVETS National Commander Marion Polk reported that the NFL rejected the ad but did not give a reason for the decision.

.@AMVETSHQ will NOT tolerate the @NFL refusing #Veteran right to free speech. We fought for it! #PleaseStand #SuperBowl pic.twitter.com/NARbC5zKuE

“It’s a simple, polite request that represents the sentiment of our membership, particularly those whose missing or paralyzed limbs preclude standing,” Polk wrote in a letter to NFL Commissioner Roger Goodell.

The AMVETS chief noted the irony that the NFL continues to claim that the anti-American protests represent “free speech” even as the league denied the AMVETS ad.

“Freedom of speech works both ways. We respect the rights of those who choose to protest, as these rights are precisely what our members have fought – and in many cases died – for,” Polk added in the letter. “But imposing corporate censorship to deny that same right to those veterans who have secured it for us all is reprehensible and totally beyond the pale.”

A league spokesman defended the rejection of the ad saying that it didn’t “celebrate” football enough.

NFL spokesman Brian McCarthy told the Times that the advertisement program “is designed for fans to commemorate and celebrate the game, players, teams, and the Super Bowl.”

McCarthy added, “It’s never been a place for advertising that could be considered by some as a political statement.”

The statement seems to lack any introspection or sense of irony as for two years millions of fans have been saying that football isn’t “designed” for the “political statements” represented by the constant stream of anti-American protests mounted by millionaire players.

But AMVETS leader Polk criticized the league’s proclamation and bristled at the league’s penchant for using veterans as props for photo ops.

“Veterans are good for more than just military aircraft flyovers, photo opportunities during halftime, or props to sell camouflage-style NFL apparel; although, the NFL’s stance on not allowing the veterans’ unfiltered voice to be heard says otherwise,” Polk said.

“AMVETS officials said the same #PleaseStand ad was accepted by the National Hockey League and Major League Baseball for inclusion in their all-star games’ programs. The organization sees the advertisement as an extension of their role as a ‘nonpartisan advocate for veterans and their families.’”

The Super Bowl will be played on February 4th, in Minnesota.