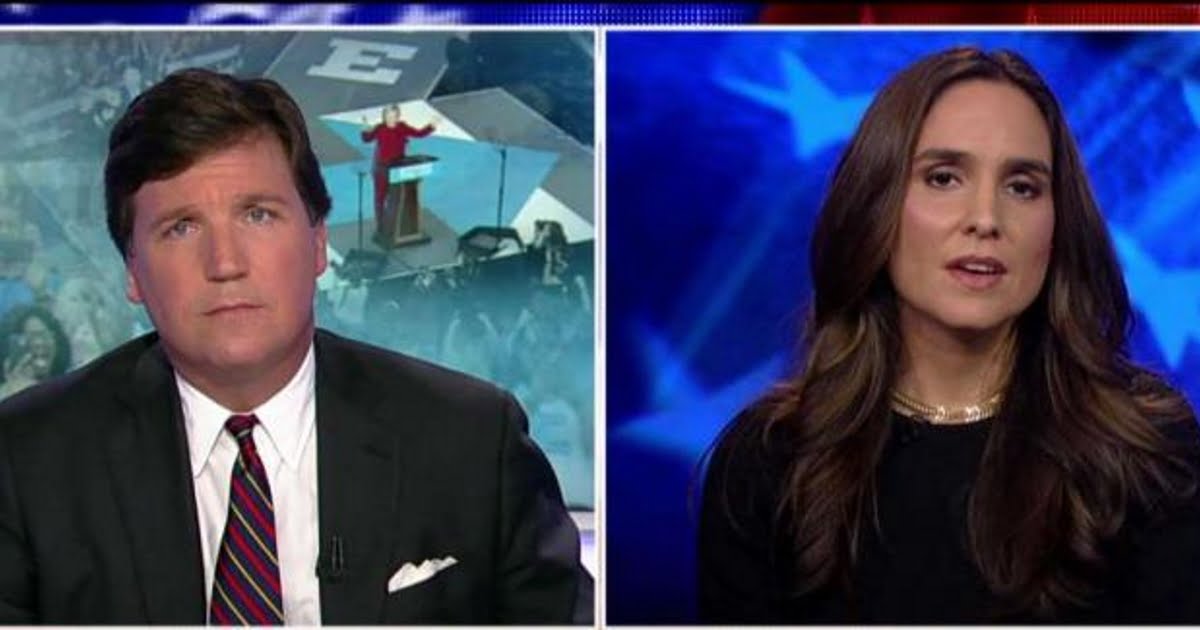 “Her numbers among women are much worse than you would think for someone who is the self-described champion for women,” Carlson told TIME’s Julie Alvin.

He asked her about Clinton’s response to her public opinion status, in which the former candidate said that women are “publicly disrespecting themselves” if they support President Trump over her.

Carlson said that if he made that remark, Alvin may call him sexist.

Alvin said the spirit of the statement was true, in that those in rural areas voted against their own interests because Trump’s tax plan and vision to end ObamaCare will “disadvantage them.”

Carlson asked Alvin to name a single “interesting or insightful” statement Clinton ever made, that would make her remotely popular.

“Hit me with one profundity,” he said.

Alvin said Clinton’s acknowledgement that she lost the election and the reasons she gives in her book are insights she wants to hear.

She said she wanted to hear Clinton’s explanation of what accounted for Trump’s victory in spite of alleged sexism, nationalism and populism.