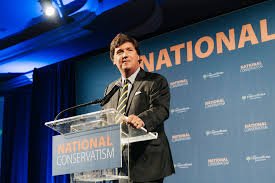 Now that Republican Donald Trump is set to become our President, desperate Democrats have escalated their conspiracy theories about the political outsider and how he operates. They are attempting to use the fact that he’s not a part of the Washington establishment against him.

Since he’s not part of their Washington club, they’ve been spreading wild theories about him being part of Vladimir Putin’s circle in Russia instead. Democratic Congressman Adam Schiff recently appeared on Tucker Carlson’s show and said some insane things before getting handily shut down by Tucker.

Tucker got Rep. Schiff to lose his temper, and Schiff ran his mouth, saying, “Ronald Reagan would be rolling over in his grave… You’re carrying water for the Kremlin… you’re gonna have to move your show to Russian Television… you’re an apologist for the Kremlin.”

Carlson didn’t hesitate to lay waste to Schiff and his Cold War era spy novel theories. Shot back Carlson, “You can blather on all you want man, but I gave you a chance to state it [that Schiff knows as fact that Russia hacked Podesta’s emails] clearly, and you wouldn’t…that tells you everything you need to know…alright…OK. I appreciate that congressman.”

Then he clowned Schiff by saying, “Now I need to take a call from Vladimir Putin…so I need to put you on hold for one second.” How much do you love how Tucker Carlson manhandled this crazy Democrat? Watch below: