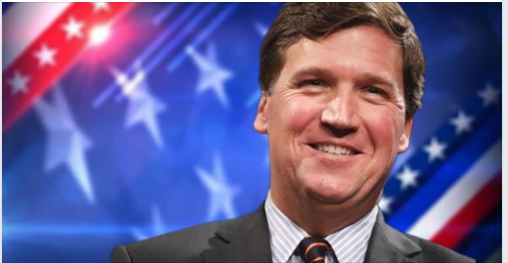 In the aftermath of the 2020 Election, many Americans are shocked at “conservative” Fox News. And now it seems even one of their own hosts is joining the fight.

One of the network’s top hosts, Tucker Carlson, does not appear happy with how the network is acting.

Americans were upset when they called Arizona for Biden. The network has joined the rest of the MSM to call the race for the Democrat, despite recounts and legal battles.

Tucker’s not afraid to shoot straight, even when big sponsors might pull out. What he saw from a fellow host Neil Cavuto, when he cut off the White House press secretary, was not acceptable.

Now, he’s calling him out:

Fox News’ Tucker Carlson was obviously bothered by this incident and he addressed it in his opening monologue on Monday night.

He told viewers, “…In a democracy, you cannot ignore honest questions from citizens. You’re not allowed. You can’t dismiss them out of hand as crazy or immoral for asking. You can’t just cut away from coverage you don’t like.”

Carlson slammed Cavuto, saying in a democracy “you can’t just cut away from coverage you don’t like.”

He blasted Fox News for violating the basic principles of our society, including democracy and free speech. Carlson accused Cavuto of telling “voters to shut up” when he cut away from McEnany.

The events of this last week have damaged Fox News’ reputation among many viewers. We’ve learned that their ratings are declining. Many conservatives are beginning to view the network the same way as CNN or MSNBC.

Carlson might be one of the few bright spots left on the network. It seems that many of the people who call the shots agree with Cavuto, though. There may be more liberals at FNC than there are conservatives.

But that hasn’t stopped Carlson from speaking out. It might jeopardize his job, though. Fox has gone after Judge Pirro for speaking her mind.

What’s stopping them from going after Tucker?

What we can say for sure is that Fox might have to go a long way in repairing its reputation with Republican viewers—if it can do so at all.

Do you stand with Tucker… or Fox News?