Trump Swipes at Biden As He Touts Fatherhood Role 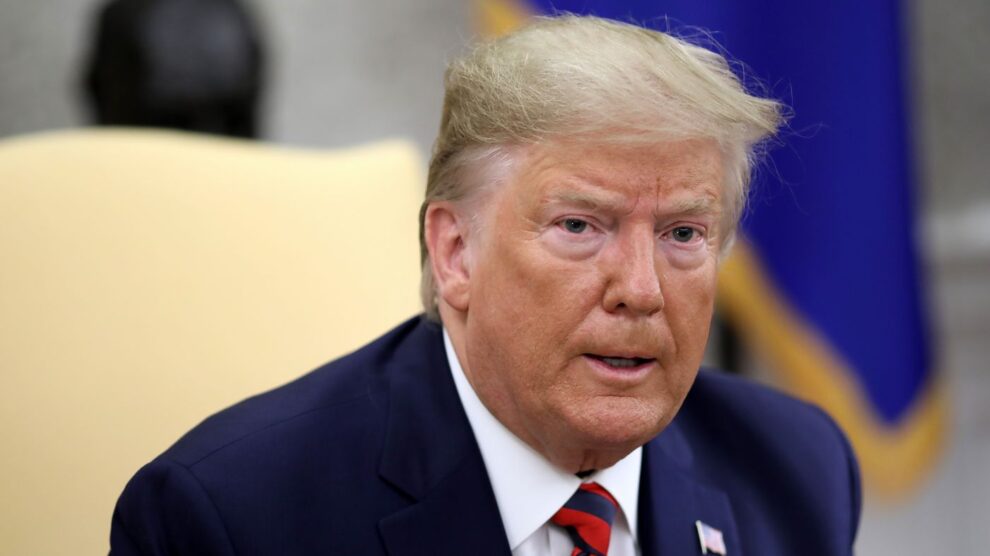 Donald Trump took a thinly veiled swipe at Joe Biden as the 45th president boasted of his five kids and his overall performance as a father on Thursday.

In an interview with Real America’s Voice host Gina Louden, who served as co-chair of Women for Trump 2020, the president said that the key to being a good father was to dedicate to spending time with your kids, which helps keep them away from bad influences such as drugs, alcohol, and cigarettes, comments viewed as taking a shot at Biden whose son Hunter has a problem with all three.

“I think you have to give them a lot of attention,” Trump said in response to what made him a good father. “I’ve been able to do that, despite being busy, to put it mildly.”

His eldest daughter, Ivanka, now 39, told CNN in 2016 that her father was ‘an incredible parent’, although he was not particularly hands-on, and was not the type to play games with his children and read them bedtime stories.

‘He was not really the type of – he wasn’t long on diaper changing and things like that.’

She said he was ‘was very accessible and very available,’ noting how she was always able to call him directly in the office.

Trump, who famously does not drink after seeing his brother, Fred, died from alcohol addiction in 1981, emphasized that it was important for parents to keep their kids away form illicit, harmful substances.

“I always also, you can have good children, but if they start with the drugs, alcohol, cigarettes…I’ve said it for years to them. So far it’s had a pretty good impact,” he said.

The former president has five kids from three marriages. Two of his three — Donald Trump Jr., 43, and Ivanka, 38, and Eric, 37 — are from his first marriage to Ivana Trump. Don Jr. and Ivanka live in Florida close to their dad’s Mar-a-Lago resort, while Eric remains in New York.

He had daughter Tiffany, 27, with second wife Marla Maples, and Barron, 15, with third wife Melania.

Separately, Hunter Biden has a new book set to hit stores and online booksellers called “Beautiful Things” in which he makes some remarkable admissions.

He admits to his drug and alcohol abuse but, he writes, when it comes to his board member position with Ukrainian energy company Burisma, he gets very angry.

According to a summary of published excerpts, Biden said he wouldn’t take the board member position if he could do things over again, but that’s not because he believes he did something wrong.

In fact, he said that he is pretty much blameless for anything that he did and was instead subjected to a political war, claiming his Burisma post was used as a took by Republicans and Trump to attack his father.

“What I do believe, in this current climate, is that it wouldn’t matter what I did or didn’t do,” he said. “The attacks weren’t intended for me. They were meant to wound my dad.”