In The Dark Of Night, President Biden Is Quietly Sending Millions Overseas To The Nation of Palestine 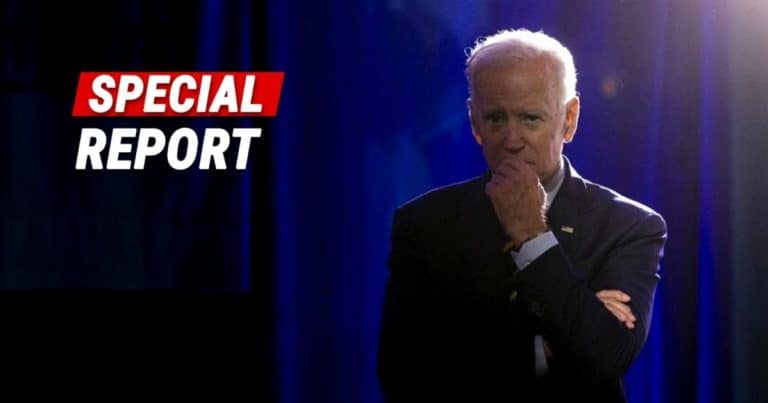 You’d think, with the media’s liberal bias, Biden would brag about his radical agenda.

But even the MSM is being locked out of his administration. Perhaps he can’t even trust them to protect his failures.

He didn’t want the media to know about the crisis on the border. Even with that cat out of the bag, he is ignoring it.

Now, he is sending millions of dollars overseas to a country Trump sanctioned. Maybe Americans should be paying attention to this.

The Biden administration is quietly ramping up assistance to the Palestinians after former President Donald Trump cut off nearly all aid. Since taking office with a pledge to reverse many of Trump’s Israeli-Palestinian decisions, the administration has allocated nearly $100 million for the Palestinians, only a small portion of which has been publicized.

The Palestinian Authority may be the most hostile entity against Israel in the world, perhaps next to Iran.

President Trump cut off aid to this group, because of their long history of violence and disharmony.

But, citing the pandemic, Biden is sending $100 million dollars of your money to this enemy of our ally.

That’s a lot of scratch to be giving to a group that the world knows is not trustworthy. What is that money going towards?

Israel is providing COVID-19 vaccinations to the region. Testing and other support is being provided from other nations.

Just imagine how that money could be used against Israel—and Americans living in the region.

Palestinians are indiscriminate in their actions against the region. They will hurt anyone that gets in their way.

That includes Israelis and peaceful bystanders.

So, why is Biden so eager to give them so much money? Does he really think this is the right thing to do or is this another instance of Biden just doing the opposite of Trump?

Regardless of the reason, it’s a big mistake.