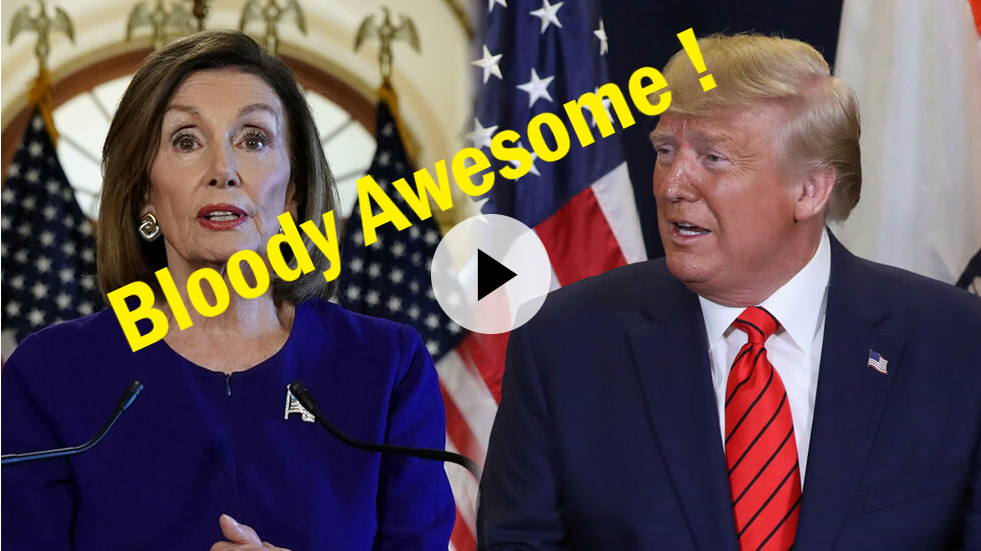 Trump supporters in Europe surprised Democrat House Speaker Nancy Pelosi (CA) and bombarded her with insults as she arrived in the United Kingdom.

“It was a privilege to meet with Leader Keir_Starmer of the UK Labour Party in London this morning to discuss the enduring special relationship between our two nations and other issues of critical importance.” 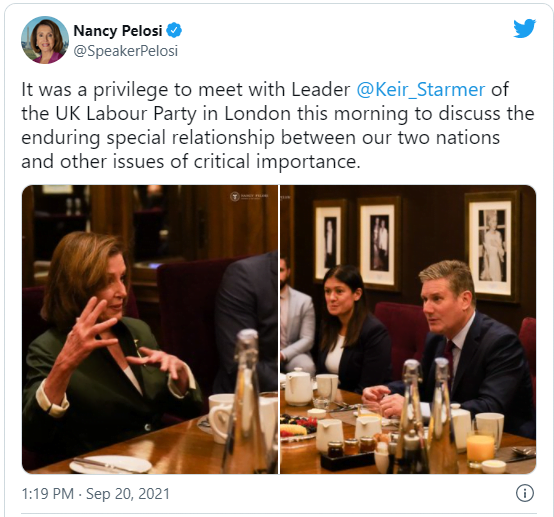 This comes as Pelosi recently warned of the effects that the U.K. leaving the European Union could have on a trade deal between the U.S. and the United Kingdom. She said it is, “not a threat, it’s a prediction.”

While Pelosi is visiting with leaders in Europe some could question her on why she isn’t meeting with Biden to discuss the ongoing border crisis with thousands of immigrants flooding across the border. She instead sits maskless with other world leaders.

When she arrived in the U.K. last week you could see Trump supporters in Europe gathered near her to hurl insults and other comments towards the speaker. One man said, “The world knows that Donald Trump won the 2020 election Nancy,” he continued on to say, “You’re not welcome here.”

As seen above, it’s not just Americans and Republicans who don’t like Nancy Pelosi, it is also people from around the world in places like the U.K. who clearly have an unfavorable view of her. This may make Nancy think twice before coming to visit there again as to some she is not welcomed.