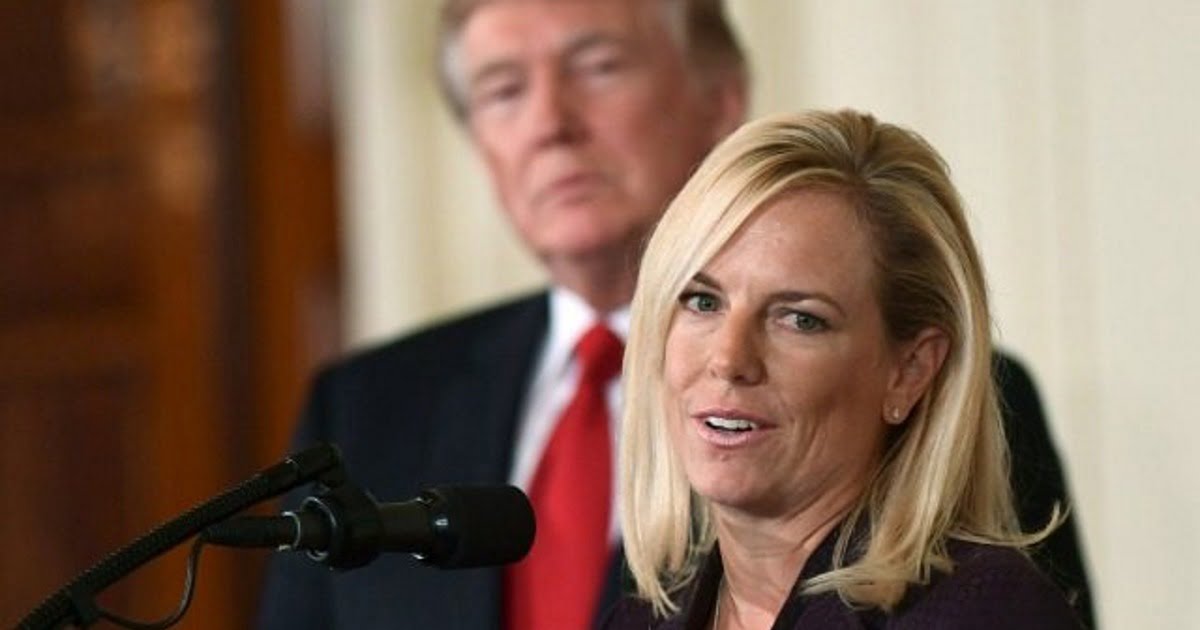 President Donald Trump deputies are ending the often-extended ‘TPS’ temporary refugee status for up to 200,000 El Salvadoran migrants, which was first granted when earthquakes hit their home country in 2001.

The TPS decision underlines Trump’s determination to enforce the nation’s immigration laws, and to push his “Buy American, Hire American”  inauguration-day promise, despite growing pressure from the GOP’s business-first wing, Democrats and their allies in the establishment media.

The decision also pressures Democrats to accept Trump’s immigration reforms —  or else run as the pro-amnesty political party in November 2018.

The secretary of the Department of Homeland Security is responsible for deciding whether or not to extend TPS status, based on whether the original disaster is still damaging the country. Secretary Kirstjen Nielsen is Trump’s DHS secretary.

Most of the 200,000 El Salvadoreans will return home by September 2019, likely boosting the small nation’s economy with savings and skills earned in the United States during the last 17 years.

The decision will free up jobs for American citizens and other legal immigrants.

Many of the El Salvador migrants were living illegally in the United States when the earthquake hit their home country in 2001. Since then, the “Temporary Protected Status” has been extended 11 times by Presidents George W. Bush and Barack Obama.

An official at the Comite Hispano de Virgina in Falls Church takes a photo of Salvadoran national Douglas Garcia Martinez 11 November 2002, to attach to his paperwork to extend his Temporary Protected Status (TPS).

The Washington Post offered several examples of illegals who have used the TPS program to establish themselves in the United States:

Losing TPS “would be catastrophic for my family,” said Edwin Murillo, a 41-year-old father of two reached by phone at his home in Texas …

Murillo had studied business administration in El Salvador but left in 1999 because, he said, jobs were scarce. He entered the United States on a visa, which he overstayed, and in 2001, following the earthquakes back home, he and his wife jumped at the chance to apply for TPS.

[Oscar] Cortez, a father of two, said he came to the United States in 2000, after he dropped out of college in El Salvador because he couldn’t afford the tuition and was downsized out of a job at a textile factory. Undocumented at first, he worked low-wage, sporadic jobs laying carpet or cutting lawns …

His co-worker Jaime Contreras, a welder on the project that will extend Metrorail to Dulles International Airport, said his job has transformed his family’s lives, both in Maryland and in El Salvador. As a child in El Salvador, Contreras went to school in the mornings and to work in the afternoons, painting houses at age 7 and welding at 11.

At 20, he moved to the United States seeking higher wages.

Trump’s deputies have also ended TPS status for migrants from several other countries, including Haiti and Nicaragua. DHS deputy secretary Elaine Duke, however, gave a short extension to 57,000 Hondurans in late 2017.

DHS announced the decision at 11:17, saying:

The decision to terminate TPS for El Salvador was made after a review of the disaster-related conditions upon which the country’s original designation was based and an assessment of whether those originating conditions continue to exist as required by statute. Based on careful consideration of available information, including recommendations received as part of an inter-agency consultation process, the Secretary determined that the original conditions caused by the 2001 earthquakes no longer exist. Thus, under the applicable statute, the current TPS designation must be terminated …

Additionally, in recent years, the U.S. government has been repatriating individuals back to El Salvador – more than 39,000 in the last two years – demonstrating that the temporary inability of El Salvador to adequately return their nationals after the earthquake has been addressed.

To allow for an orderly transition, the effective date of the termination of TPS for El Salvador will be delayed 18 months to provide time for individuals with TPS to arrange for their departure or to seek an alternative lawful immigration status in the United States, if eligible. Salvadorans in the United States who benefited from TPS may still receive other protections under our immigration system for which they are eligible …

Only Congress can legislate a permanent solution addressing the lack of an enduring lawful immigration status of those currently protected by TPS who have lived and worked in the United States for many years. The 18-month delayed termination will allow Congress time to craft a potential legislative solution.

DHS has ended TPS for El Salvadorians – another step of Trump’s racist agenda to force people of color into the shadows.

Congress must act now to save TPS or they'll be complicit in mass expulsion of people who have lived in the US for nearly 20 years.https://t.co/mEzlVYM8sF

The Trump administration's decision to end TPS for El Salvador breaks with our country's moral obligation to care for our neighbors who desperately need our help and safe refuge. https://t.co/OXeyf3M3yP

OK some thoughts on today's cruel decision to terminate #TPS for 200K Salvadorans. This was completely unnecessary and leaves hundreds of thousands of people in limbo (not to mention their families.) https://t.co/cuY6W6VxG8

Four million Americans turn 18 each year and begin looking for good jobs in the free market.

But the federal government inflates the supply of new labor by annually accepting more than 1 million new legal immigrants, by providing work-permits to roughly 3 million resident foreigners, and by doing little to block the employment of roughly 8 million illegal immigrants.

This Washington-imposed economic policy of mass-immigration floods the market with foreign labor, spikes profits and Wall Street values by cutting salaries for manual and skilled labor offered by blue-collar and white-collar employees. It also drives up real estate prices, widens wealth-gaps, reduces high-tech investment, increases state and local tax burdens, hurts kids’ schools and college education, pushes Americans away from high-tech careers, and sidelines at least 5 million marginalized Americans and their families, including many who are now struggling with opioid addictions.

The cheap-labor policy has also reduced investment and job creation in many interior states because the coastal cities have a surplus of imported labor. For example, almost 27 percent of zip codes in Missouri had fewer jobs or businesses in 2015 than in 2000, according to a new report by the Economic Innovation Group. In Kansas, almost 29 percent of zip codes had fewer jobs and businesses in 2015 compared to 2000, which was a two-decade period of massive cheap-labor immigration.

Because of the successful cheap-labor strategy, wages for men have remained flat since 1973, and a large percentage of the nation’s annual income has shifted to investors and away from employees.