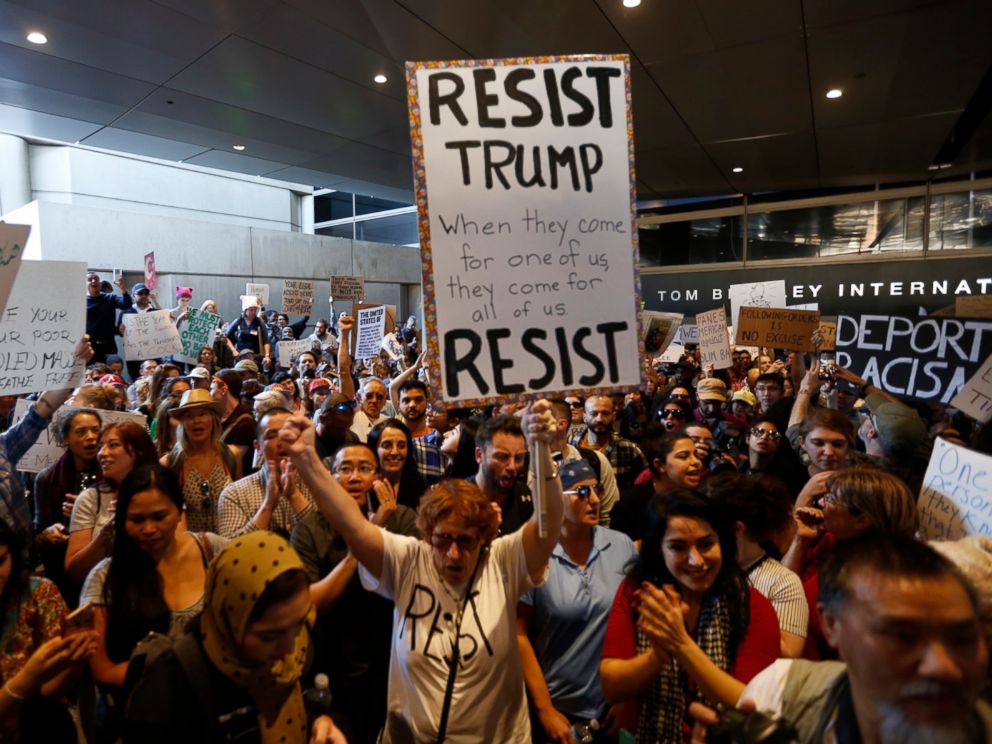 The political news cycle reached a fever pitch in 2017, largely due to the roller coaster ride that was the first year of the Trump administration.

After being sworn in on Jan. 20, 2017, President Donald Trump and his team never strayed far from the headlines.

Countless storylines unfolded–but here are 12 of the biggest:

The proposal to ban people from certain countries from entering the United States has gone through a number of legal hurdles and multiple versions, but it was originally put in place via executive order Jan. 27.

The original order, named “Protecting the Nation from Foreign Terrorist Entry into the United States,” took immediate effect to bar admission to the United States of all people with nonimmigrant or immigrant visas from seven countries — Iraq, Iran, Libya, Somalia, Sudan, Syria and Yemen — for 90 days.

It also barred entry to all refugees from anywhere in the world for 120 days and placed an indefinite ban on refugees from war-torn Syria.

But federal judges blocked the measure and appeals court judges denied an emergency stay. A second executive order was issued, but also challenged in court. The Supreme Court eventually said that it would allow parts of the second executive order to go into effect, including the 120-day ban on refugees from entering the country, and said it would hear arguments on the case in October before canceling that in September. 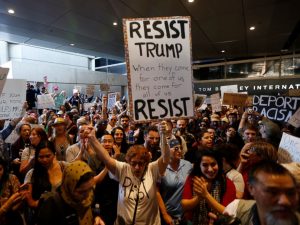 2. April 7: Putting a justice on the Supreme Court

One of the clearest accomplishments of his term so far has been confirmation of a new Supreme Court justice, Neil Gorsuch, though even that was not without controversy.

In order to get Gorsuch confirmed, the Senate voted to change the longstanding confirmation process and lower the 60-vote threshold to a simple majority vote because Republicans did not have enough votes to confirm Gorsuch on their own. The move, known as “going nuclear,” means that from now on only 51 votes are required for such a confirmation.

Trump announced he would pull the United States out of the Paris climate agreement.

“The United States will withdraw from the Paris Climate Accord, but begin negotiations to re-enter either the Paris Accord or really an entirely new transaction on terms that are fair to the United States,” the president said in the Rose Garden. “So we are getting out, but we are starting to negotiate and we’ll see if we can make a deal that’s fair.”

The decision fulfilled a key promise Trump made on the campaign trail and overturned a major accomplishment of his predecessor, Barack Obama.

A series of key White House staffers left their posts in near-weekly succession beginning in late July and carrying through mid-August. 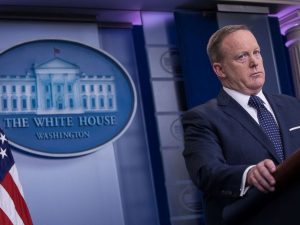 Senate Republicans’ effort to pass a stripped-down version of an Obamacare repeal measure — the so-called “skinny repeal” of the Affordable Care Act — failed during a vote, 49-51, held shortly around 1:30 a.m. after a night of debating.

About an hour after the vote was announced, President Donald Trump, tweeted, “3 Republicans and 48 Democrats let the American people down. As I said from the beginning, let ObamaCare implode, then deal. Watch!”

6. Aug. 15: Uproar over remarks that there were ‘fine people on both sides’ at Charlottesville

Trump was criticized for his initial response to violent protests stemming from a planned rally against the removal of a Confederate statue in Charlottesville, Virginia, but his response to the criticism made matters worse.

When asked about his immediate response, Trump blamed “both sides” for the conflict, adding that there were “very fine people” among both the protesters — which included white supremacists and white nationalists — and the counterprotesters.

He later issued a statement condemning white supremacist groups, though his “very fine” comments were widely rejected by both Republicans and Democrats.

U.S. Customs and Border Protection (CBP) announced that four vendors were selected to design and build prototypes for the proposed U.S.-Mexico border wall.

Each of the selected companies has been tasked with building one wall prototype made of “reinforced concrete” along the border in San Diego. CBP will decide on up to four additional vendors that will be selected to build wall prototypes made of nonconcrete materials.

The promise to “build the wall” became a campaign slogan for Trump and was regularly chanted at his campaign. 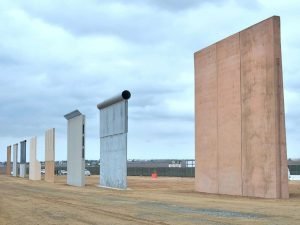 At first, Trump did not name the North Korean leader, using a nickname that Trump had previously coined instead.

“The United States has great strength and patience, but if it is forced to defend itself or its allies, we will have no choice but to totally destroy North Korea. Rocket Man is on a suicide mission for himself and for his regime. The United States is ready, willing and able, but hopefully this will not be necessary,” Trump said.

The remarks came after a summer of escalating tensions with North Korea.

A number of squabbles have cropped up between Trump and members of his own party over the course of the past 12 months, but they appeared to reach a tipping point in late-October with Sen. Bob Corker, R-Tenn.

Trump and Corker, the Republican chairman of the Senate Foreign Relations Committee, an ally of Trump’s during the election, had been having a war of words for weeks. The back and forth largely took place over Twitter, and Corker took to referring to the White House as an “adult day care center.”

That same day, Sen. Jeff Flake, R-Ariz., announced he would not seek re-election and gave a speech on the Senate floor slamming the tone of politics in the Trump era.

“I rise today to say, enough,” Flake said. “We must dedicate ourselves to making sure that the anomalies never becomes the normal, with respect and humility. I must say that we have fooled ourselves for long enough that a pivot to governing is right around the corner, a return to civility and stability right behind it.”

The investigation by Special Counsel Robert Mueller into Russian meddling in the 2016 U.S. presidential election was officially launched in mid-May, but it wasn’t until the end of October that the first criminal charges were handed down.

In an interview with the the New York Times, Trump said there was “no collusion” between Russia and his campaign 16 times and said he believed Mueller would treat him fairly.

Trump told ABC News earlier in December that he’s not considering firing Mueller despite questioning the integrity of FBI investigators.

In a momentous shift in United States policy in the Middle East, Trump officially recognizedJerusalem as the capital of Israel and initiated the process of relocating the U.S. Embassy to the city from Tel Aviv.

“My announcement today marks the beginning of a new approach to conflict between Israel and the Palestinians,” Trump said from the White House, where he was joined by Vice President Mike Pence. Trump described it as a “long overdue step to advance the peace process.”

The United Nations General Assembly showed its overwhelming displeasure with the move, holding a vote on a resolution condemning the move. In spite of U.S. Ambassador Nikki Haley’s warnings against voting for the resolution, it passed with 128 member states voting in favor of the resolution, nine voting against, and 35 countries abstaining.

In what was viewed as the biggest legislative victory for the Trump administration during its first year in office, Trump signed a $1.5 trillion rewrite of the tax code into law after it was approved by both the House and Senate.

“Everything in here is really tremendous things for businesses, for people, for the middle class, for workers. And I consider this very much a bill for the middle class and a bill for jobs. Corporations are literally going wild over this,” Trump said at the Oval Office signing ceremony before flying down to Florida for Christmas.

The measure, known as the Tax Cuts and Jobs Act, also is being hailed as the biggest legislative achievement for congressional Republicans. After the bill’s passage, Trump celebrated with Republican lawmakers on the White House South Lawn.

According to a CNN poll released three days before Trump signed the changes into law, some 55 percent of Americans opposed the tax bill, while 33 percent were in favor.

This story is part of a weeklong series examining the first year of the Trump administration.