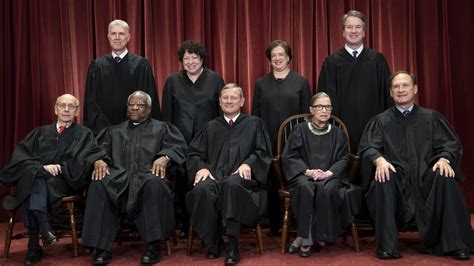 The United States Supreme Court has reached a decision against the oppressive restrictions on church services in the state of California.

The decision came Friday against the limits imposed by the state on religious gatherings in a person’s home, Fox News reported.

The 5-4 unsigned ruling follows other similar decisions recently regarding churches and the coronavirus pandemic. The decision noted it was the fifth time the court has rejected the Ninth Circuit’s analysis of California coronavirus restrictions.

The ruling stated that before it can limit religious gatherings, the government must prove they pose a greater danger than secular activities that remain open, such as shopping or attending movies.

“Otherwise, precautions that suffice for other activities suffice for religious exercise too,” the conservative majority said in its opinion, adding that California “treats some comparable secular activities more favorably than at-home religious exercise, permitting hair salons, retail stores, personal care services, movie theaters, private suites at sporting events and concerts and indoor dining at restaurants to bring together more than three households at a time.”

It is another case where the supposed conservative Chief Justice John Roberts sided with the liberal wing of the Supreme Court.

The liberal dissent, penned by Justice Elena Kagan, said that California had complied with the First Amendment because it also restricts secular at home gatherings.

“California limits religious gatherings in homes to three households. If the State also limits all secular gatherings in homes to three households, it has complied with the First Amendment. And the State does exactly that: It has adopted a blanket restriction on at-home gatherings of all kinds, religious and secular alike. California need not … treat at-home religious gatherings the same as hardware stores and hair salons,” she said. The justice said “the law does not require that the State equally treat apples and watermelons.”

But the conservative majority argued that California’s restrictions are not consistent.

“California treats some comparable secular activities more favorably than at-home religious exercise,” allowing certain stores, hair salons, movie theaters and the like, “to bring together more than three households at a time,” the unsigned majority decision said. It said that a lower court “did not conclude that those activities pose a lesser risk of transmission than applicants’ proposed religious exercise at home.”

The decision comes on the same day that Joe Biden signed an executive order to create a bipartisan commission to study making changes to the Supreme Court, The New York Times reported.

President Biden on Friday ordered a 180-day study of adding seats to the Supreme Court, making good on a campaign-year promise to establish a bipartisan commission to examine the potentially explosive subjects of expanding the court or setting term limits for justices.

The president acted under pressure from activists pushing for more seats to alter the ideological balance of the court after President Donald J. Trump appointed three justices, including one to a seat that Republicans had blocked his predecessor, Barack Obama, from filling for almost a year.

The result is a court with a stronger conservative tilt, now 6 to 3, after the addition of Mr. Trump’s choices, including Justice Amy Coney Barrett, who was confirmed to replace Justice Ruth Bader Ginsburg just days before last year’s presidential election.

But while Mr. Biden, a former chairman of the Senate Judiciary Committee, has asserted that the system of judicial nominations is “getting out of whack,” he has declined to say whether he supports altering the size of the court or making other changes — like imposing term limits — to the current system of lifetime appointments.