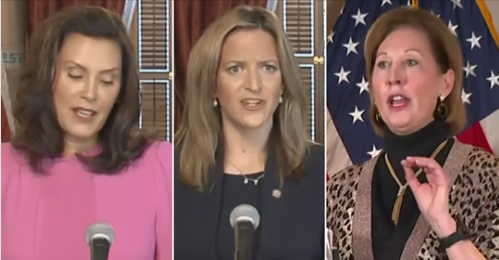 Pro-Trump lawyer Sidney Powell has now unleashed lawsuits in both Georgia and in Michigan.

Both cases allege issues regarding voting machines, mail-in ballots, and observers being prevented from meaningfully watching the vote count.

The 75 page document detailing the allegations in Michigan can read be read here.

It is directed at Governor Gretchen Whitmer and Secretary of State Jocelyn Benson.

Powell is calling for the election results to be decertified and wants voting machines impounded.

Per Just the News among Powell’s Georgia allegations include:

At least 96,600 absentee ballots were requested and counted but were never recorded as being returned to county election boards by the voter. “Thus, at a minimum, 96,600 votes must be disregarded,” the suit said.

Kemp and Raffensperger “rushed through the purchase of Dominion voting machines and software in 2019 for the 2020 Presidential Election” without due diligence and disregarded safety concerns.

“There is incontrovertible physical evidence that the standards of physical security of the voting machines and the software were breached, and machines were connected to the internet in violation of professional standards and state and federal laws.”

You can read the Georgia document here.