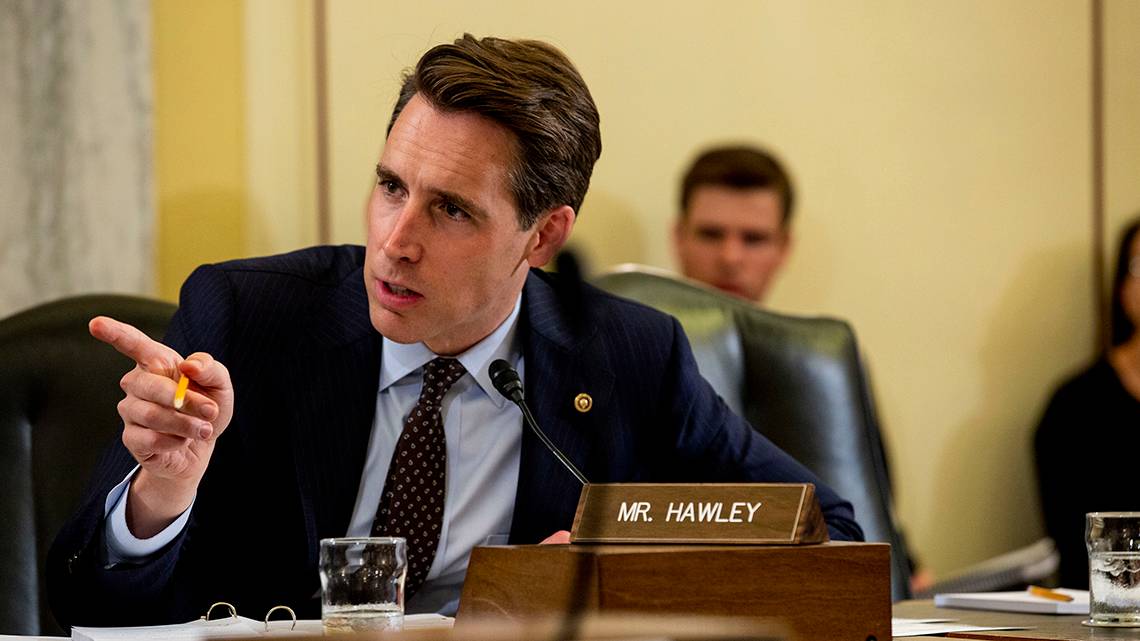 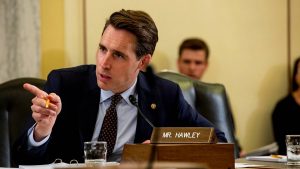 On Saturday evening, Senator Josh Hawley unleashed on RINO Senator Pat Toomey of Pennsylvania after he had called Hawley out for his plans to challenge the 2020 Electoral Certification.

“Sen. Josh Hawley fires back after Sen. Pat Toomey and others raise concerns about his plans — along with at least 11 other GOP senators — to object to the electoral vote count when a joint session of Congress meets Jan. 6, per email sent to Senate GOP Conference tonight,” reported CNN’s Manu Raju.

Sen. Josh Hawley fires back after Sen. Pat Toomey and others raise concerns about his plans — along with at least 11 other GOP senators — to object to the electoral vote count when a joint session of Congress meets Jan. 6, per email sent to Senate GOP Conference tonight pic.twitter.com/8wRZaEKg18

Read Hawley’s letter to Toomey below.

Hawley has started a movement in the Senate. On Wednesday, Hawley announced that he would be objecting to the certification process of the Electoral College Vote on January 6th. Hawley is the first Senator to officially make this announcement.

“Millions of voters concerned about election integrity deserve to be heard,” Hawley tweeted with a statement attached. “I will object on January 6 on their behalf.”

Millions of voters concerned about election integrity deserve to be heard. I will object on January 6 on their behalf pic.twitter.com/kTaaPPJGHE

“I cannot vote to certify the electoral college results on January 6 without raising the fact that some states, particularly Pennsylvania, failed to follow their own state election laws,” Hawley said in his statement.

“And I cannot vote to certify without pointing out the unprecedented effort of mega corporations, including Facebook and Twitter, to interfere in this election, in support of Joe Biden. At the very least, Congress should investigate allegations of voter fraud and adopt measures to secure the integrity of our elections. But Congress has so far failed to act,” Hawley added.

Just a few days later, other Senators jumped on board and announced their plans to object the electoral college results as well.

The effort is reportedly led by Republican Senator Ted Cruz who is demanding an emergency 10-day audit of the 2020 election results.

Cruz, along with the other senators, are claiming that the November 3rd election “featured unprecedented allegations of voter fraud and illegal conduct.”

Their effort is separate from one announced by Sen. Josh Hawley, R-Mo., who said this week that he will object to what he claims was the failure of some states — most notably Pennsylvania — to follow their own election laws.

“Voter fraud has posed a persistent challenge in our elections, although its breadth and scope are disputed,” the lawmakers said on Saturday. “By any measure, the allegations of fraud and irregularities in the 2020 election exceed any in our lifetimes.”

A source familiar with the effort by the GOP senators told Fox News that it was Cruz who orchestrated the push just days before the joint session of Congress on Wednesday to officially approve the Electoral College votes electing former Vice President Joe Biden.

The lawmakers say there is a precedent of Democrats objecting to election results in 1969, 2001, 2005 and 2019. “And, in both 1969 and 2005, a Democratic Senator joined with a Democratic House Member in forcing votes in both houses on whether to accept the presidential electors being challenged,” they said.

The senators and senators-elect are calling for Congress to appoint a commission to conduct a 10-day emergency audit of the election returns in states where the results are disputed. They cite as precedent the 1877 race between Samuel Tilden and Rutherford Hayes in which there were allegations of fraud in multiple states.

“In 1877, Congress did not ignore those allegations, nor did the media simply dismiss those raising them as radicals trying to undermine democracy,” the lawmakers said. “Instead, Congress appointed an Electoral Commission — consisting of five Senators, five House Members, and five Supreme Court Justices — to consider and resolve the disputed returns.”

“We should follow that precedent. To wit, Congress should immediately appoint an Electoral Commission, with full investigatory and fact-finding authority, to conduct an emergency 10-day audit of the election returns in the disputed states,” they added. “Once completed, individual states would evaluate the Commission’s findings and could convene a special legislative session to certify a change in their vote, if needed.”

If demands aren’t met, the senators will be voting against the certification.

“Accordingly, we intend to vote on January 6 to reject the electors from disputed states as not ‘regularly given’ and ‘lawfully certified’ (the statutory requisite), unless and until that emergency 10-day audit is completed,” they continued.

“These are matters worthy of the Congress, and entrusted to us to defend.  We do not take this action lightly.  We are acting not to thwart the democratic process, but rather to protect it,” they said. “And every one of us should act together to ensure that the election was lawfully conducted under the Constitution and to do everything we can to restore faith in our Democracy.”

What are your thoughts? Let us know in the comments below!