Romney Lashes Out At Josh Hawley: ‘Dangerous For Democracy’ 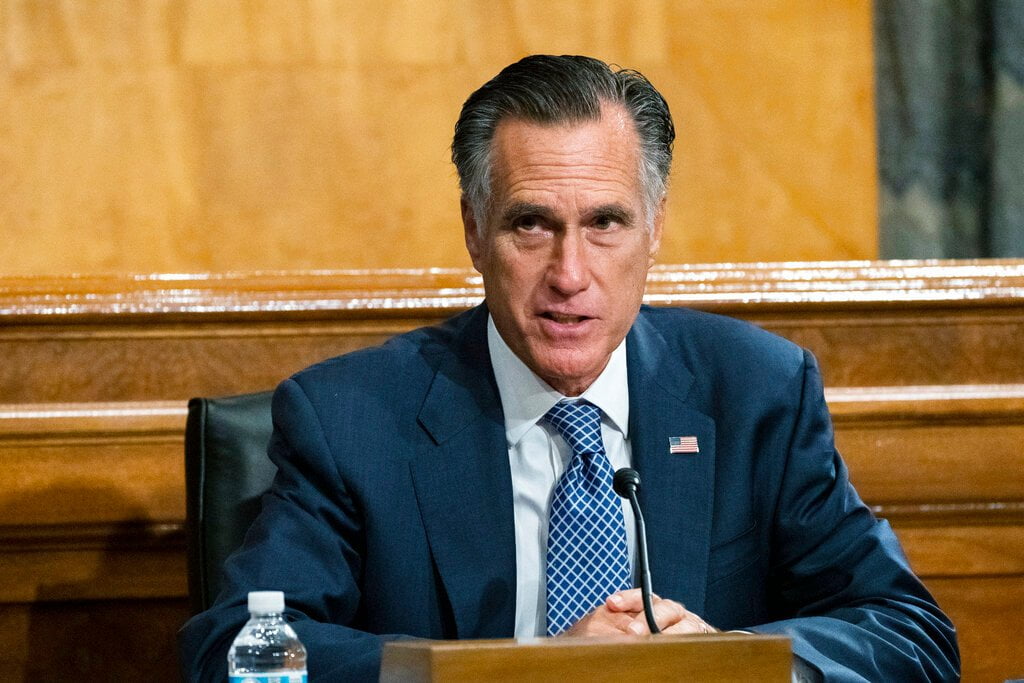 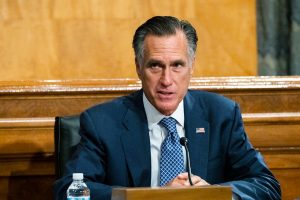 Failed presidential candidate Mitt Romney took aim at colleague Senator Josh Hawley over the Missouri Republican’s intention to object to the certification of the Electoral College vote this week.

Unlike Romney, Hawley is a man of principle who is willing to stand up for Republican voters who were disenfranchised due to fraud and malfeasance in states controlled by Democrats and in Georgia where shady GOP Governor Brian Kemp has enabled the steal.

In remarks reportedly made to a CNN “reporter” Pierre Delecto denounced Hawley’s bid to get the truth out as being “dangerous to democracy” both at home and abroad, not concerned that the perception of tens of millions of Trump voters and the Senate which is still under Republican control, has refused to investigate legitimate complaints regarding the irregularities.

Romney also denounced Hawley’s plans as spreading the false rumor that “somehow the election was stolen” which it was.

Additionally, the former governor of ultra-liberal Massachusetts detailed an implied threat from Senate Majority Mitch McConnell that the certification would be “the most consequential vote” of GOP senator’s careers during a conference call last week.

Hawley reportedly ghosted McConnell’s demand for his presence on the call.

ROMNEY tells @tedbarrettcnn of @HawleyMO's plan to object to the electoral college: "It continues to spread the false rumor that somehow the election was stolen."

"Spreading this kind of rumor about our election system not working is dangerous for democracy here & abroad."

Senate Majority Leader Mitch McConnell called the upcoming electoral vote certification “the most consequential vote” on a call with senators this week, according to Senator Mitt Romney, who was on the call. Congress will convene on January 6 to count each state’s electoral votes and reaffirm President-elect Joe Biden’s victory.

The tally offers Republican lawmakers who have yet to acknowledge President-elect Joe Biden’s victory one last-ditch attempt to overturn the results of the presidential election. Republican Senator Josh Hawley of Missouri announced Wednesday he intends to object to the certification.

Asked his interpretation of McConnell’s comments, Romney told reporters Friday: “I see that as a statement that he believes it’s a — it’s a referendum on our democracy.”

McConnell asked Republican senators last month not to object when the joint session convenes. Other GOP senators, including those close to Mr. Trump, have suggested such a move would be fruitless.

Although Hawley’s effort is unlikely to succeed, Romney called it “dangerous for democracy here and abroad,” as it “continues to spread the false rumor that somehow the election was stolen.”

“Look, I lost in 2012, I know what it’s like to lose,” said Romney, who ran for president in 2012. “And there were people that said there are irregularities. I have people today who say ‘hey you know what you really won’ — but I didn’t, I lost fair and square. Of course there were irregularities there always are, but spreading this kind of rumor about our election system not working is dangerous for democracy here and abroad.”

In addition to their dismay with Hawley, both Mitt and Mitch have another thing in common – both of them have worked to screw Americans out of $2,000 coronavirus relief checks while sending billions to special interests and foreign countries.

Romney who was responsible for the second four years of Barack Obama’s presidency when the worst damage was done to the country has repeatedly put his personal grudge with Trump above the interests of America.

He has also joined Democrat efforts to tear down the most pro-American president since Ronald Reagan, even siding with them on impeachment and marching with Black Lives Matter in front of the White House to protest Trump as riots raged across the country.

Mitt was joined by fellow GOP turncoats including Nebraska’s feckless backstabber Ben Sasse and Lisa Murkowski of Alaska who also blasted Senator Hawley’s efforts to bring transparency to the process.

According to Murkowski, “I think it’s awful…”

In a Saturday development that isn’t going to please McConnell and his stable of RINOs, Texas Senator Ted Cruz called for an emergency 10-day audit of the election results.

President Trump best described his longtime antagonist as a “pompous ass” and the sniveling politician that is Mitt Romney’s sanctimonious concerns about “democracy” are as phony as anything that has ever come out of his dishonest mouth.