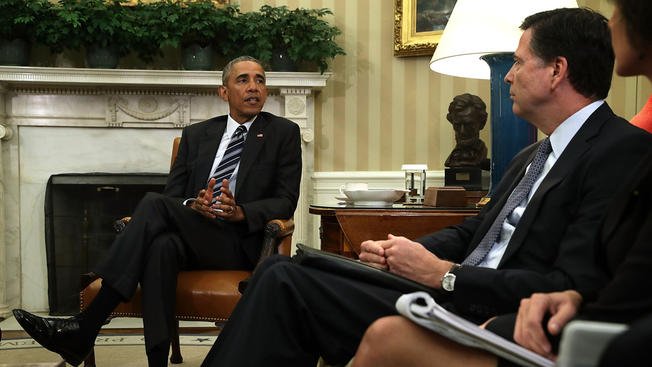 “Potus wants to know everything we’re doing” was the text message Lisa Page sent to her lover Peter Strzok on September 2, 2016.  According to a Senate Report released by Senator Ron Johnson (R-WI), Chairman of the Senate Homeland Security and Governmental Affairs Committee on Feb 7, 2018,

“This text raises additional questions about the type and extent of President Obama’s personal involvement in the Clinton email scandal and the FBI investigation of it.”

And that is an understatement. The report from the Committee raises numerous questions, and indicates that their investigation will continue into the Clinton Email scandal, the animus towards President Trump found in FBI investigators,  and President Obama’s influence over the FBI investigation.

The Democrat players advocated holding any emails between Obama and Clinton – and not release them. Now we may begin to see why. Obama knew of her personal email server long before the presidential election in 2016. It seems to appear that he kept his hands on the FBI investigation to make sure he wouldn’t be implicated and nothing would happen to her. Why else would he want to know “everything” they were doing?

In Wikileaks Podesta Emails was this gem from 2015:

Think we should hold emails to and from potus? That’s the heart of his exec privilege. We could get them to ask for that. They may not care, but I seems like they will.“

Obama clearly stated  that he learned about Hillary’s email server “at the same time” as everyone else from “news reports.” Which was a blatant lie. The email server news broke on March 2, 2015. The above email  from Clinton campaign members/Democrats was written on March 4, 2015. John Podesta and Cheryl Mills knew that Obama had been using a pseudonym for a private email to communicate with Clinton and wanted those emails “held” or not disclosed.

Did Obama and Clinton both exchange classified information on their private server? We know that Hillary did it, but what about Obama?
That’s some “transparency.”

“The policy of my administration is to encourage transparency, which is why my emails, the BlackBerry I carry around, all those records are available and archived…”  Obama to CBS News on March 7, 2015

The FBI told Congress in early January that they couldn’t find 5 months of text messages between Lisa Page and Peter Strzok. Less than a week later, the Office of the Inspector General used forensic measures to retrieve them.

Some of those texts call the President an “idiot” and anyone who voted against Jill McCabe in the Virginia election “ignorant hillbillys”( sic).

The timing of the discovery of emails on Anthony Weiner’s laptop are also called into question, since Comey should have known about them about a month before he mentioned them, according to Fox News.

The Senate Document is found in the Senate library under the Majority Report on the Clinton Email Scandal:

And therein lies the main question: how can anyone not be concerned?  The FBI who took down the Organized Crime gangs, the biggest Mafia players, is now riddled with corrupt political hacks who hate the President and operate under their own agendas rather than the objectivity of a professional investigative team. Senator Johnson stated in the document that the committee will be looking further into this issue.