WHAT DOES SEN. SHUMER DEMENDS FROM WHITE HOUSE ????? 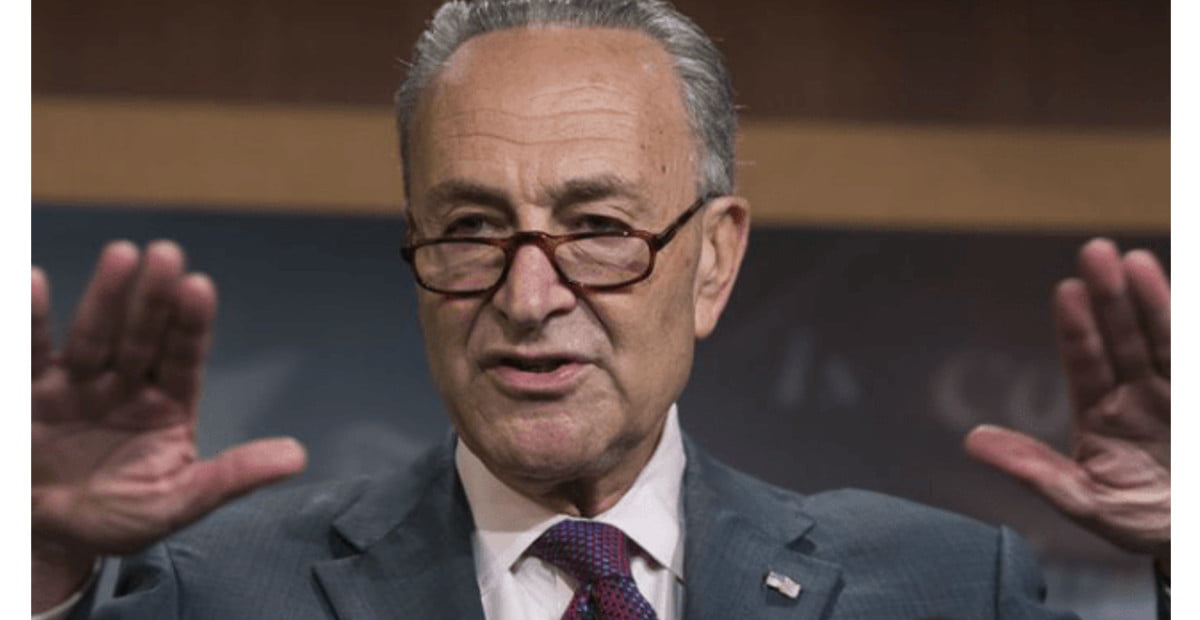 SEN. SHUMER denounced the White House’s new amnesty offer as inadequate, just one day after he said had endorsed a border wall because it won’t be built.

Schumer’s conditional rejection of the new White House amnesty giveaway is muted and suggests that Schumer and his allies expect to pressure GOP Senators into yet more concessions.

As we have been urging him to do for months, the President has finally put pen to paper to show us where he stands on immigration. Unfortunately, this plan flies in the face of what most Americans believe. 1/2

While @realDonaldTrump finally acknowledged that the Dreamers should be allowed to stay here and become citizens, he uses them as a tool to tear apart our legal immigration system and adopt the wish list that anti-immigration hardliners have advocated for for years. 2/2

Dan Horowitz, editor of Conservative Review, says Democrats will feign opposition to the amnesty to encourage further negotiations and concessions from uninformed and confrontation-averse GOP legislators.

“They will have plenty of messaging about noble ‘dreamers,’ improving ‘border security’ … Schumer is very familiar with the politics of the right, and the important thing is to watch carefully what Schumer does and says because he is very smart about this,” said Horowitz. “They will leave nothing on the table to achieve their goals,” he told Breitbart News.

For example, Schumer told the New York Times on January 25 that he promised Trump on January 18 to fund a border wall in exchange for an amnesty for 1.5 million illegals. “I thought the balance was quite positive” to get gains for “these wonderful kids,” he said.

It was good trade because even a funded wall will not be built, he said in the podcast:

It is frankly my belief that it is going to be next to impossible for them to actually build the wall. And I told this to the president. I said Secretary [Ryan] Zinke, you know his Secretary of the Interior, said ‘I don’t know where you build the wall along the Rio Grande because you can’t build it on the Mexican side.’ They won’t build it. If you build it on the America side it cuts us off from the river. You can’t build it in the middle of the river. So my view was they would have a very difficult time actually getting it built.

When asked by the New York Times about the White House latest offer of amnesty in exchange an end to chain migration, Schumer responded: “That will never pass.”

Under the White House’s latest proposal, chain-migration would be formally ended, but all four million chain-migrants now on the list would be allowed into the country over the next two decades. That proposal leaves Americans with no offsetting gains after amnestying at least 1.8 million illegals, which is even more than the January 18 offer of 1.5 million illegals.

In a Friday tweet, Trump slammed Schumer for being “unable to act,” even though Schumer’s tactics have pressured Trump to make additional concessions.

DACA has been made increasingly difficult by the fact that Cryin’ Chuck Schumer took such a beating over the shutdown that he is unable to act on immigration!

Schumer’s not-good-enough objections to the White House’s improved offer are matched by similar tweets from his caucus.

The immigration plan announced by the White House tonight is a complete nonstarter. Pitting young Dreamers against immigrant families runs counter to the values of our country.

By ending DACA, @realdonaldtrump subjected 800k Dreamers to deportation. Now he wants to hold them hostage to Steven Miller’s anti-immigrant wish list. It’s insulting. We already have a bipartisan solution to the Trump-created crisis: it’s called the Dream Act. #DreamActNow

By ending DACA, @realdonaldtrump subjected 800k Dreamers to deportation. Now he wants to hold them hostage to Steven Miller’s anti-immigrant wish list. It’s insulting. We already have a bipartisan solution to the Trump-created crisis: it’s called the Dream Act. #DreamActNow

My statement on the White House immigration proposal: pic.twitter.com/Xh1YKNtRYY