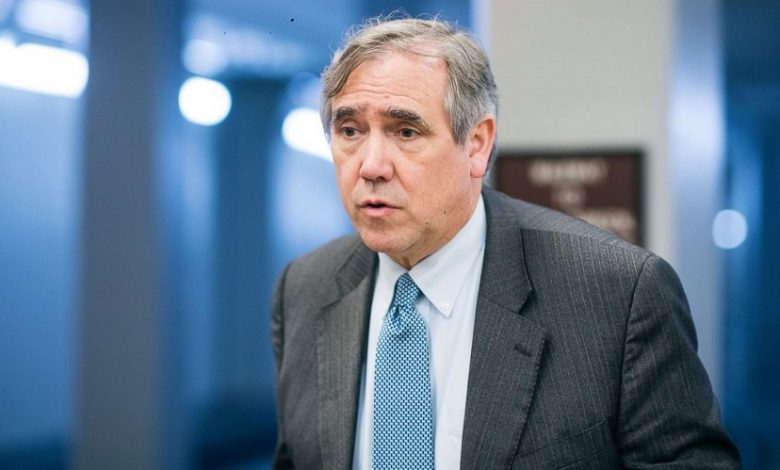 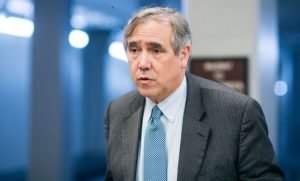 Sen. Jeff Merkley (D-Ore.) said that the rioters who stormed the Capitol ransacked his office and stole a laptop.

Merkley posted a video of himself returning to his office after he was evacuated after the Capitol was breached Wednesday.

In a video posted on Twitter, Merkley said that rioters “smashed the door virtually off its hinges.”

Rioters “tore things off the walls,” including art on his wall, left a cigarette butt that was stamped out, and stole the laptop, Merkley added.

“So count this office is trashed. You can see the debris is all over the floor,” he said.

The trail of destruction and looting. What happened today was an assault by the domestic terrorists who stormed the Capitol, but it was also an assault on our constitution.
[sound on] pic.twitter.com/BrELF7cMz1

His office wasn’t the only one targeted by the mob. A man was seen behind the desk in House Speaker Nancy Pelosi’s (D-Calif.) office.

“If Senate Sergeant-at-Arms Stenger hasn’t vacated the position by then, I will fire him as soon as Democrats have a majority in the Senate,” Schumer told Politico in a statement on Thursday.