See The Attorney General Of The New Ministry Of Justice 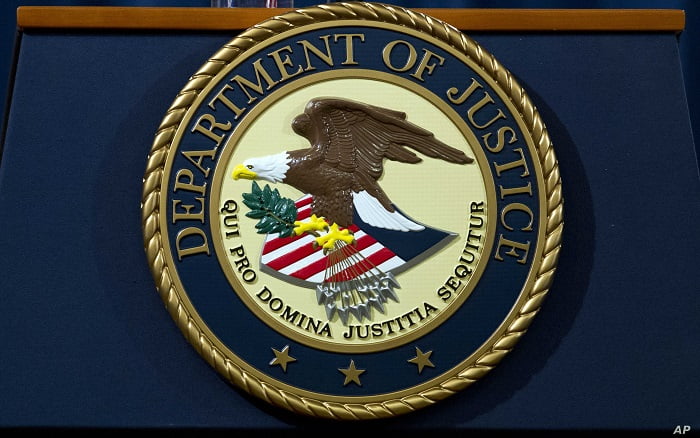 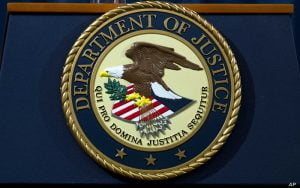 Rosen’s tenure begins at a time of heightened tensions between the White House and the Justice Department over the handling of several matters of crucial interest to President Donald Trump, including prospective investigations into voter fraud, an ongoing inquiry into the financial dealings of former Vice President Joe Biden’s son, and the special counsel investigation of the Obama administration’s spying on the Trump campaign during the 2016 election.

Barr on Dec. 14 announced his resignation in a letter in which he praised Trump for accomplishing what he has in the face of intense partisan interference from within the government.
“Your 2016 victory speech in which you reached out to your opponents and called for working together for the benefit of the American people was immediately met by a partisan onslaught against you in which no tactic, no matter how abusive and deceitful, was out of bounds,” Barr wrote. “The nadir of this campaign was the effort to cripple, if not oust, your Administration with frenzied and baseless accusations of collusion with Russia.”

Rosen served as the deputy attorney general since May last year, a role he inherited from Rod Rosenstein. U.S. Attorney for the Eastern District of New York Richard Donoghue took over Rosen’s position as deputy attorney general on Dec. 23.
Rosen worked as an attorney in the private sector for over two decades before taking a position as the general counsel at the U.S. Department of Transportation in 2003. In 2006, he moved to the Office of Management and Budget, where he served as the general counsel and senior policy adviser. He returned to private practice in 2009.

In 2017, Trump nominated Rosen to serve as the deputy secretary of transportation. The Senate confirmed Rosen in May of that year.
On Wednesday, Barr’s last day in office, Trump suggested on Twitter that a special counsel should be appointed to investigate election interference and voter fraud.

“After seeing the massive Voter Fraud in the 2020 Presidential Election, I disagree with anyone that thinks a strong, fast, and fair Special Counsel is not needed, IMMEDIATELY,” Trump said on Wednesday evening. “This was the most corrupt election in the history of our Country, and it must be closely examined!”

Earlier this month, Barr said there he hasn’t seen “fraud on a scale that could have effected a different outcome in the election.” Trump shot back saying Barr and the DOJ “haven’t looked very hard, which is a disappointment, to be honest.”
The president has not conceded the election and is pursuing several lawsuits challenging the validity of the outcome in several states.
Shortly before Barr submitted his resignation letter, Trump criticized him for keeping the investigation of Hunter Biden hidden from the public during the election.

“Bill Barr, I believe—not believe, I know—had an obligation to set the record straight, just like Robert Mueller set the record straight,” Trump told Fox News on Dec. 13.
“Joe Biden lied on the debate stage,” Trump told Fox News on Dec. 13. “He said ‘there’s nothing happening, nothing happening,’ and Bill Barr should have stepped up. Say what you want about Robert Mueller, when [a news outlet] put out a phony article … Bob Mueller stepped out and he said that article was a phony. And then there was ultimately proven there was no collusion.

“Bill Barr should have done the same thing.”