Second Georgia County Uncovers Thousands More Votes, Majority of Which Are for Trump 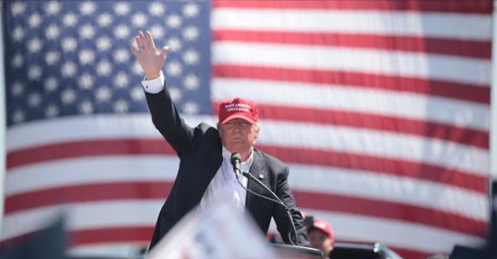 The Georgia secretary of state’s office reported Tuesday that a second county in as many days was discovered to have not counted all its votes on Election Day.

In both instances, the votes unearthed during the Peach State’s hand recount of the presidential race resulted in Democratic Joe Biden’s lead over President Donald Trump narrowing.

“Gabriel Sterling with the GA Sec. of State’s office says 2,755 votes discovered in Fayette County. Unlike in Floyd County, these were scanned votes that were in the system. 1,577 for Donald Trump 1,128 for Joe Biden. This makes a net gain of over 400 for Trump,” WXIA-TV reporter Hope Ford tweeted.

Gabriel Sterling with the GA Sec. of State's office says 2,755 votes discovered in Fayette County. Unlike in Floyd County, these were scanned votes that were in the system. 1,577 for Donald Trump 1,128 for Joe Biden. This makes a net gain of over 400 for Trump. #11alive #gapol

More uncounted votes discovered during the hand count in Fayette County, mostly for @realDonaldTrump. Apparently a memory card was not uploaded. Unclear whether this is the same type of error discovered yesterday in Floyd County or a new one.

On Monday, election officials discovered that 2,600 ballots in northwestern Floyd County were not counted on Election Day.

Republican Rep. Doug Collins, who is heading up the Trump campaign’s recount effort in Georgia, tweeted following Monday’s revelation, “This is exactly why we requested a hand recount.”

“Without the recount, we never would have known about these ballots,” he added.

This is exactly why we requested a hand recount.

Without the recount, we never would have known about these ballots.

Every Georgian — and every American — must have confidence that their vote is counted. https://t.co/XNV20weHX5

Currently, just under 14,000 votes separate Trump and Biden in Georgia.

Politico reported “unexplained” computer glitches in the Dominion Voting Systems software on Election Day in the state occurred in Spalding and Morgan counties, which initially prevented voters from casting ballots.

Both counties went heavily for Trump.

Gabriel Sterling, the voting system implementation manager in the Georgia secretary of state’s office, “told reporters during a news conference on Nov. 3 that the problem in the two counties was probably a dataset that had been uploaded to the systems, but that the state didn’t know for certain,” according to Politico.

Top election cyber experts told The Western Journal in April that voting software systems can be hacked and reprogrammed to skew vote tallies.

One thing all the electronic voting systems have in common is a removable drive or memory device, which engages in two-way communication with the database when results from each voting machine are uploaded.

Harri Hursti — one of the world’s foremost election security experts and star of the HBO documentary “Kill Chain: the Cyber War on America’s Elections,” — explained that all these devices are programmed how to organize and communicate the data to a central database.

“The memory cards actually have a programming side,” he said. “Programming can have a lot of logic. So the program can dynamically look [at] what is happening and decide on the spot what is needed to be done in this precinct on this machine” as part of changing the overall result.

This article appeared originally on The Western Journal.