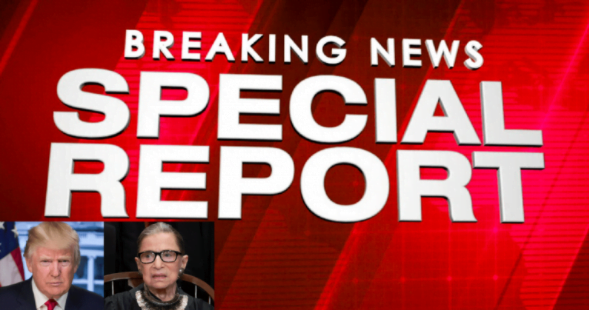 Democrats didn’t think RBG would do this – now they’re triggered!

Many Republicans can’t wait until Ruth Bader Ginsburg retires from the Supreme Court.

That’s because it will give Trump yet another seat to fill on the court. Which means the tenuous 5-4 majority will turn into a 6-3 stronghold.

But until then, it looks like RBG may not be the reliable leftist justice the Democrats were hoping for.

Why? Because she just handed Trump a big win.

Supreme Court Justice Ruth Bader Ginsburg has temporarily staved off the efforts of House Democrats to get their hands on President Donald Trump’s financial records.

On Friday, Ginsburg issued a stay, meaning that Deutsche Bank AG and Capital One Financial Corp. do not have to comply just yet with an order from the Second U.S. Circuit Court of Appeals that said the banks must give House Democrats the records they have subpoenaed, according to the New York Post.

Woah. Ruth Bader Ginsburg has temporarily blocked yet another attempt by the Democrats to get Trump’s financial records.

Ginsburg knocked down the latest effort to give the Supreme Court more time to consider arguments from Trump’s lawyers.

House Democrats were banking on ramming this case through the courts before anyone knew what happened.

It’s obvious they are hoping to get their hands on Trump’s private records, just to find another reason to attack him.

Americans don’t care about Trump’s tax records. We elected him after all, without seeing them.

It’s only anti-Trump Democrats who seem obsessed with his financials.

The rest of us? We’re happy with what he’s been doing for our financials, thanks to the booming economy.