Result After Pelosi Voted On The 5,600-Page Ballot, Congress Was Not Read – Six Republicans Stood Up Against The Vote 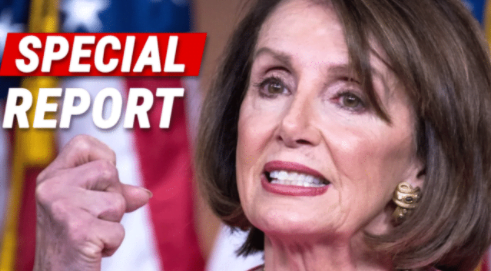 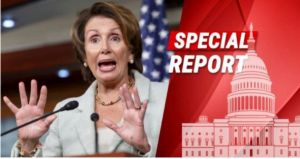 After stalling for months, Nancy Pelosi pushed a relief package. But even though they had a long time to prepare, Democrats rushed the vote. So much so, that nobody was even able to read it.

#Breaking: 359-53, House approves a sweeping $900 billion covid relief package – tied together with a $1.4 trillion spending bill to keep the government open through September. The 5,593-page bill, which was unveiled about seven hours ago, now goes to the Senate.

They had seven hours to read a 6,000-page bill. Now, I’m a fast reader, but not that fast. Why did anyone in Congress vote on something they didn’t even read? Anything could be in that package.

But it’s par for the course with Pelosi, who voted on Obamacare before knowing what was in it.

Only six brave Republican senators refused to vote on something so potentially dangerous.

Florida U.S. Sen. Rick Scott was one of just six senators who voted against the $900 billion COVID-19 relief package approved by Congress just before midnight Monday…

Marsha Blackburn of Tennessee, Rand Paul of Kentucky, Ron Johnson of Wisconsin, Mike Lee of Utah and Ted Cruz of Texas joined fellow Republican Scott in voting against the package.

Only six Republicans were wise enough not to vote for something they hadn’t a chance to read. Would you sign a lease to an apartment without reading every page? How about a mortgage loan?

Now imagine a bill that can impact the lives of 300 million Americans? (Not to mention our allies around the world.)

Why would any lawmaker be so desperate to “make a deal” that they’d sign something blindly?

That sounds like something Democrats would do, but not America-First Republicans.

Only six senators refused to vote on it, including Florida’s Rick Scott and Texas’s Ted Cruz. It seems these lawmakers take their jobs seriously and won’t vote on something they don’t know about.

Not sure what to say about the rest of them. Remember, Congress said they were trying to get an additional $1,200 checks for Americans in this package. Instead, working Americans (many of whom are still out of a job) are only getting $600.

What’s worse is that billions of foreign aid will go to other countries. So much for putting Americans first, huh?