Red State Blows Past Biden On The Border – Joe Failed, So They’re Sending In The National Guard In Arizona 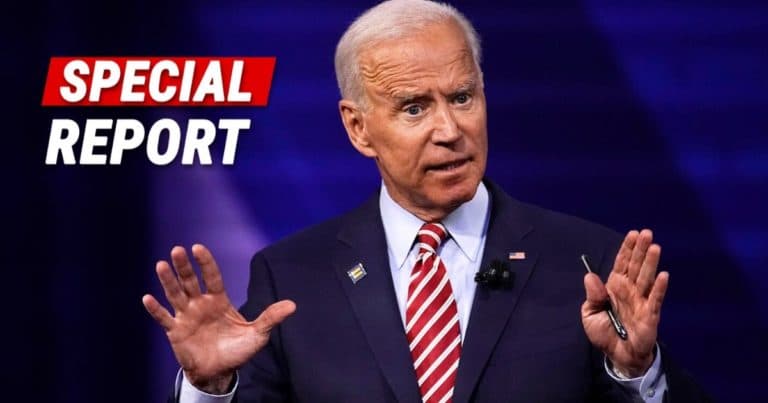 While the Biden administration has avoided calling the border situation a “crisis,” some southern states and officials are desperately calling for assistance.

Many border officials have cited worsening conditions on America’s southern border, including mass surges of foreign travelers, dwindling resources, and a general lack of security.

But now, one state has finally had enough.

President Biden put Vice President Kamala Harris in charge of the border issue, but she has been MIA for several weeks now. In fact, she has yet to hold a press conference on the matter.

This refusal to take action has riled Republicans – and many citizens – across the nation.

And Arizona Gov. Doug Ducey is especially annoyed: in recent weeks, he’s requested federal assistance to deal with the border situation. He specifically wants to shore up security around the state.

Despite Democrats saying there is no “crisis,” Ducey has announced an emergency declaration.

Arizona Gov. Doug Ducey on Tuesday announced that he is deploying the state’s National Guard to the border and is issuing an emergency declaration in response to the growing migrant crisis that has overwhelmed local officials.

‘The situation in our border communities is just as bad, if not worse, than the coverage we’ve been seeing,’ Ducey said announcing the moves.

The Governor has been considering this move for weeks, and other state officials have pressed him to do it.

This includes state Attorney General Mark Brnovich, who urged Ducey to commit to sending in the Guard, “even if it means we have to act now and fight for the federal dollars later.”

The Guard will be used to help install and maintain border cameras, collect data, and assist at detention centers.

This is a direct response to the Biden administration’s apparent refusal to deal with this problem. As Ducey said in a statement:

It’s become evidently clear that Arizona needs the National Guard, and the White House is aware of that.

Yet, to this day, there has been no action from this administration, and it doesn’t look like they are going to act any time soon.

If this administration isn’t going to do anything, then we will.

Even some Democrats agree with Ducey.

Sen. Mark Kelly said he visited the Yuma Sector and it was “clear that their resources and staffing are strained.” And he added that the National Guard could prove to be a great help.

We’re seeing this more and more in states closest to our southern border.

Many governors, mayors, and other state officials are simply taking matters into their own hands, because they’re seeing nothing from the federal government.

Of course, this is in stark contrast to former President Donald Trump’s hard-nosed stance on border security, which many officials said was working quite well.

In fact, some have made it plain: if you want to fix this problem, re-embrace Trump’s policies on this issue.