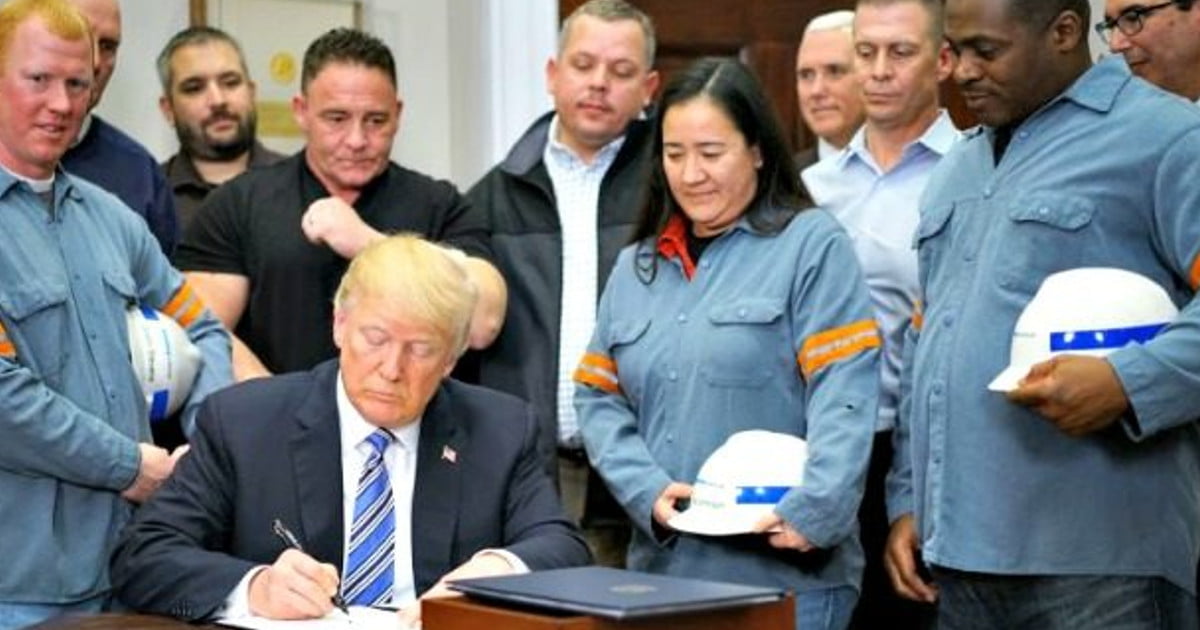 President Donald Trump signed his official establishment of tariffs on aluminum and steel on Thursday in a dramatic ceremony in the Oval Office.

The tariffs were exactly as he proposed them last week — 25 percent on steel, ten percent on aluminum.

Trump said that the tariffs were important to sign, citing the industry communities that were devastated by bad trade deals and failed promises from failed politicians.

“Our factories were left to rot and to rust all over the place,” Trump said. “Thriving communities were turned into ghost towns.”

During his remarks, Trump explained how fundamental the tough actions on trade and tariffs were to his presidency and the core his personal beliefs.

“Those who poured their souls into building this great nation were betrayed. But that betrayal is now over,” he said. “I’m delivering on a promise I made during the campaign and I’ve been making it for a good part of my life.”

Trump indicated that steel production was essential to national security, pointing out that the national capacity for both steel and aluminum had diminished.

He praised the announcements from steel companies, promising to restore hundreds of jobs as a result of the tariffs and increase production.

Steelworkers and union representatives joined the president for his announcement and thanked him for protecting their industry. After the ceremony, the president signed their hard hats and took pictures with them.

Scott Sauritch, leader of the Steelworkers 2227 local union in West Mifflin, Pennsylvania spoke about his father who worked in the industry and how difficult it was to watch it fade as he lost his job.

“Well your father, he’s very proud of you. He’s looking down on you,” Trump replied.