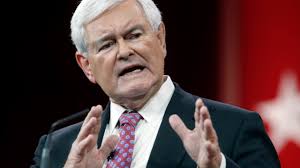 Only a fool would deny what Nancy Pelosi is doing. After the events of January 6, she is rushing an agenda she’s wanted to do for years.

She passed a resolution demanding Mike Pence remove Trump. Now, she is trying to get the House to approve a single article of impeachment against the president.

But does she really want Trump gone, with only days before the Inauguration? Some think they can impeach him even out of office—something that might be unconstitutional.

Newt Gingrich knows what Nancy is really after. She’s very worried about something big. From Breitbart:

Former House Speaker Newt Gingrich said on Tuesday that House Speaker Nancy Pelosi (D-CA) is leading the Democrat-controlled House in impeaching President Trump yet again because she “fears the American people might pick him if they were allowed to” again down the road.

Gingrich accuses Pelosi of trying to impeach Trump now, so he won’t be able to run again. He says that Pelosi is trying to make the will of Americans “subordinate” to her own will.

Newt claims old Nance is scared that Americans will if given the chance, re-elect a man she has hated for years.

There’s no telling what will happen in four years. Donald Trump might throw his hat back into the ring. Anyone that knows the man knows that’s a very real possibility.

But a primary season will happen, just as in every other election. We can’t say for sure if Trump will be on the docket in 2024. Neither does Pelosi.

Perhaps she is terrified that Trump will return, red hats and all, pushing an American First agenda to spoil the D.C. swamp.

Sure, another Republican might be nominated, with the same agenda. But it’s always about fighting the devil you know, right Nance?

Many experts are claiming the House’s impeachment move is a pointless effort. We’ve even pointed out that they just don’t have the votes in the Senate to convict.

But that’s never stopped Nancy before from pursuing a fruitless goal—and proving to Americans her pride and power mean more to her than they do.