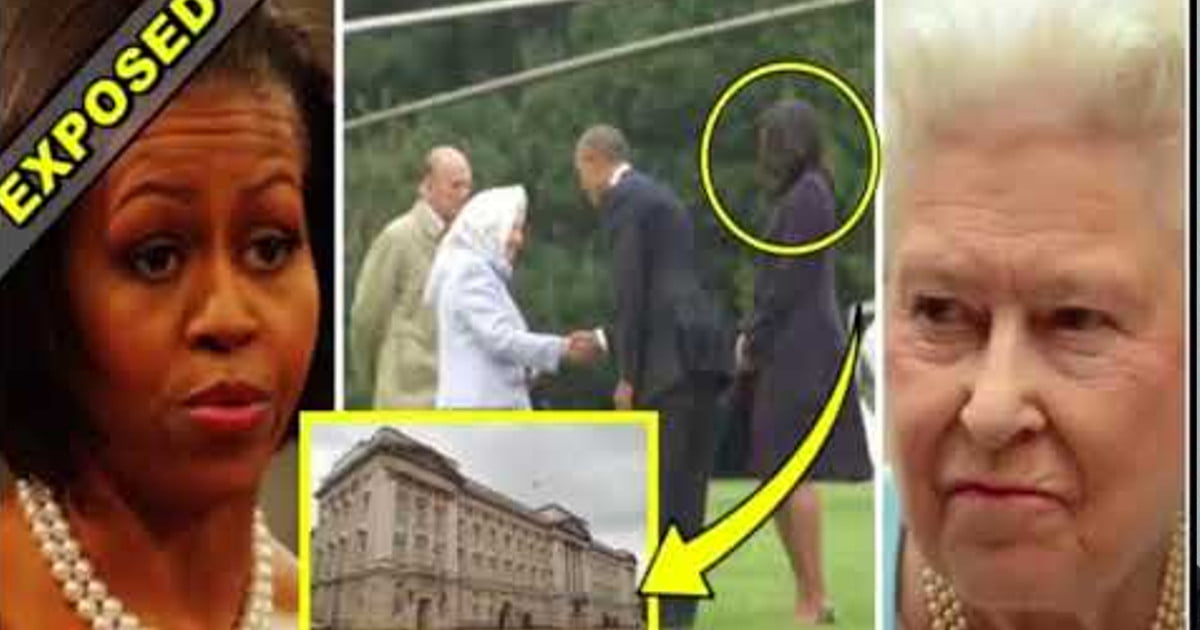 Former First Lady, Michelle Obama has took the stage to embarrass her country once again. This time, she has done it by insulting the Queen.

After what Michelle did during her stay at the Buckingham Palace, Queen Elizabeth II is furious.

The former first lady talked about her experience at the Buckingham Palace back in 2011, when she spoke at a MUSE event hosted by Klick Health in New York. Michelle disclosed all about her “sleepover” with the Queen.

Back in 2011, the former president, visited the UK for a meeting with the Queen. According to the Daily Mail, Michelle and the two daughters were accompanying him during the trip.

The Obamas were very well received after they landed in the state with their helicopter, when the Duke of Edinburgh personally drove the four of them to lunch at the main house in Buckingham Palace.

Queen Elizabeth is known as a private person who likes to keep a lot of things to herself, this is why she probably won’t he the happiest when she finds out that Michelle has been bragging around about her experience at the palace.

Reportedly, Michelle revealed that she was not nervous for the “sleepover” because she and Barack already had established a  friendly connection with the Queen. She said : “I think by the time we had the sleepover we had enough interacting with them.”

While she talked about her Royal hosts Michelle said : “The surprising thing is folks wanted to be treated normally.”

It’s understandable that someone like Michelle would be surprised that the Royal Family would want to be “treated normally,” since all her life, she has been striving to be treated like royalty.

But this isn’t all Michelle revealed about her visit. She continued to insult her host by saying that the food wasn’t as good as at the White House.

She said : “I don’t want to insult anybody, American food is just better.” After that she  tried to excuse herself by saying that they had  “better china” .

Perhaps people indeed like American food better, but that is not a reason too insult the Queen of England for, especially after she was such a great host to them. It’s amazing how, even after eight years of serving as America’s first lady, Michelle still doesn’t know when to shut up.

She was also startled by the golden interior of the Buckingham Palace, which just proves how little class she has.

Michelle reportedly said :“Everything is gold…We had seen the gold room – there’s a room where they keep all the gold. It was Sasha’s birthday and the Queen opened the house and she let us see that room. During the state banquet, the plate that I thought was the charger, that was the plate. They put food on the gold charger.”

It looks like Michelle Obama hasn’t embarrassed the United States enough, since she continues with the same antics she used to in the past. Her behavior is just intolerable.

What do you think about Michelle’s remarks for her “sleepover” at the palace?