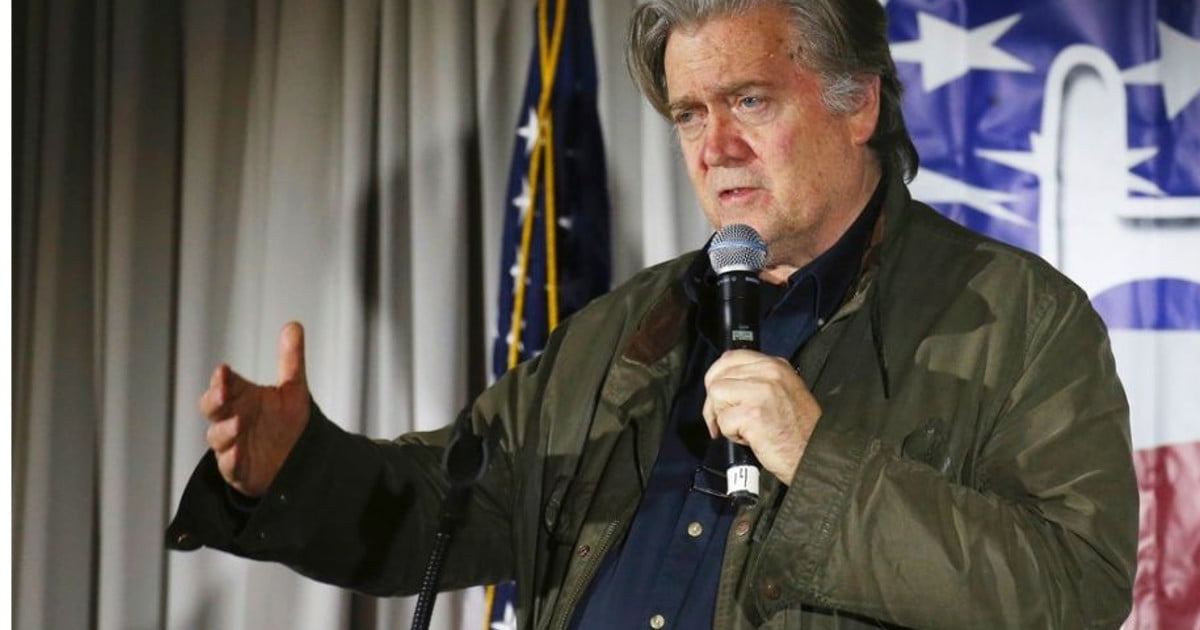 Sources told Fox News that Bannon’s subpoena, requiring him to appear before a grand jury investigating Russian meddling in the 2016 presidential election, was issued after the FBI was initially unable to contact him.

Sources familiar with the matter told Fox News that despite the subpoena to testify before a grand jury, there is a possibility that Bannon will, instead, be interviewed by Mueller’s office.

“Even if you thought that was not treasonous, or unpatriotic, or bad s**t, and I happen to think it’s all of that, you should have called the FBI immediately.”

– Quote attributed to Steve Bannon in “Fire and Fury”

A spokesperson for Mueller did not immediately respond to Fox News’ request for comment.

Revelation of the Bannon’s subpoena came as the onetime Breitbart News executive chairman testified behind closed doors on Capitol Hill Tuesday. Bannon appeared before investigators at the House Intelligence Committee as part of its Russia probe.

Bannon described their infamous June 2016 meeting in Trump Tower with Russian attorney Natalia Veselnitskaya during the campaign “treasonous” and “unpatriotic.”

“Even if you thought that was not treasonous, or unpatriotic, or bad s**t, and I happen to think it’s all of that, you should have called the FBI immediately,” Bannon said in the book.

Bannon also said that Trump Jr. would be cracked “like an egg on live TV” in any possible public testimony about the situation.

The president issued a multi-paragraph blistering takedown of Bannon, who left his White House post in August, suggesting that “sloppy Steve” Bannon had “lost his mind,” seeking to distance himself from the former chief strategist.

“Steve Bannon has nothing to do with me or my presidency,” Trump said in the statement. “When he was fired, he not only lost his job, he lost his mind.”

Bannon is just the latest Trump campaign associate to be summoned to interview with Mueller.

In October 2017, Manafort and his associate Rick Gates were indicted by a federal grand jury on 12 counts, as part of Mueller’s investigation. Both pleaded not guilty.

Fox News learned Tuesday that Manafort’s next court appearance would be Feb. 14 for a status hearing. The government had proposed the trial begin May 14, but the date may be pushed to October. At this point, there is no official start date.