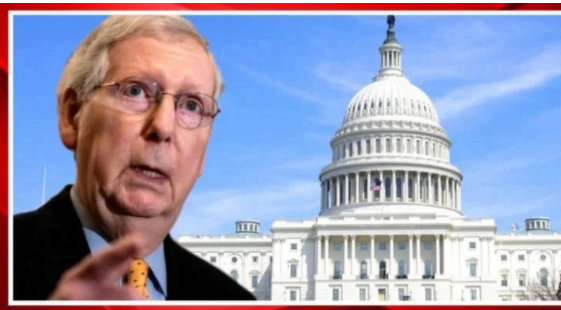 The 2020 Election took many by surprise, but it won’t stop Mitch McConnell from doing his Constitutional duty.

The Senate majority for 2021 still hangs in the balance. The presidency will be decided by pivotal court battles. Things might look very different in two months.

So, McConnell is not wasting one moment. He is stacking the odds in favor of Republicans and the Constitution:

Since the November 3 election, the Senate has confirmed six district court nominees, and McConnell wants to confirm judges who will take the positions vacated by the ascension of Justice Amy Coney Barrett to the Supreme Court from the U.S. Court of Appeals for the Seventh Circuit as well as the position vacated by the death of Judge Juan R. Torruella, who served on the U.S. Court of Appeals for the First Circuit, was appointed by President Ronald Reagan and was that court’s first Hispanic member.

Mitch McConnell has been “relentlessly” getting new judges confirmed. Since the election, he has confirmed six district court nominees as well as five Article III judges. The Senate Majority Leader is not slowing down in filling vacancies.

This is important for many reasons. First, the Senate does not neglect its job just because of an election. McConnell is still the majority leader and he’s going to make sure vacancies are filled.

Second, McConnell is trying to clear judges who are all constitutionally-minded that will uphold the law—rather than radical activists who would try to reinterpret the law, the kind of judges Democrats love to appoint.

McConnell helped secure a conservative majority on the Supreme Court for years to come with Amy Coney Barrett. And he doesn’t intend to stop.

Since Trump entered office, McConnell has helped get hundreds of nominees on the bench. These judges, many of them on the circuit courts, will decide thousands of cases. Their decisions will affect large regions of the country, if not the entire country.

The fact that McConnell refuses to stop proves how determined he is to protect our courts from radical activists. During Obama’s day, judges served as activists that decided what the laws meant.

But thanks to McConnell we have many judges who will defend the laws as written.