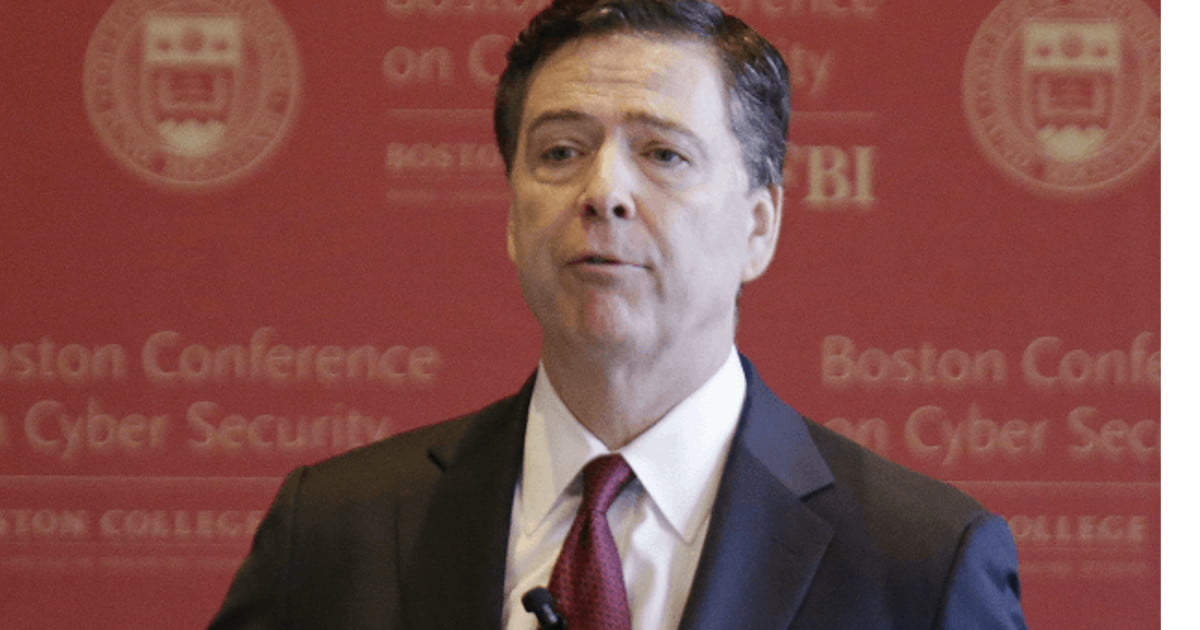 Below, in no particular order, are nine new questions about Comey’s actions following disclosures in the memo crafted by House Republicans and released this past Friday:

1 – Why did Comey utilize the largely discredited anti-Trump dossier as purported evidence to sign FISA documents to conduct surveillance on Carter Page, who briefly served as a volunteer campaign foreign policy adviser?

The memo documents that on October 21, 2016, the FBI and Justice Department sought and received the FISA order against Page, and that the agencies sought the renewal of the order every 90 days in accordance with court requirements. Renewals require separate finding of probable cause each time, the memo relates.

According to the memo, Comey “signed three FISA applications in question on behalf of the FBI, and Deputy Director Andrew McCabe signed one.” The memo relates that the FBI utilized the anti-Trump dossier compiled by former British spy Christopher Steele as evidence against Page in order to obtain the FISA warrant.

“Neither the initial application in October 2016, nor any of the renewals, disclose or reference the role of the DNC, Clinton campaign, or any party/campaign in funding Steele’s efforts, even though the political origins of the Steele dossier were then known to senior and FBI officials,” the memo states.

In October, the Washington Post reported that in April 2016, attorney Marc E. Elias and his law firm Perkins Coie retained Fusion GPS to conduct the firm’s anti-Trump work on behalf of both Hillary Clinton’s 2016 presidential campaign and the Democratic National Committee (DNC). Clinton’s campaign and the DNC both were clients of Perkins Coie.

3 – Why didn’t Comey tell the FISA court the dossier he allegedly relied upon to request a warrant to monitor Page was a product of the controversial Fusion GPS firm?

The memo relates that the initial application notes Steele worked for a “named U.S. person,” but does not name Fusion GPS or its founder Simpson. Breitbart News has released a series of articles documenting credibility issues faced by Fusion GPS and its leadership.

4 – Why didn’t Comey tell the FISA court that Steele reportedly met with Yahoo News at the direction of Fusion GPS?

A Yahoo News article about an alleged trip by Page to Moscow was cited as purported evidence against Page in the FISA warrant, according to the memo.

5 – How did Comey justify relying upon the dossier to monitor Page when he personally called the information contained in Steele’s dossier “salacious and unverified” months later?

Comey first filed the FISA application citing the dossier on October 21, 2016, according to the memo. Yet during his June 8, 2017 prepared remarks before the Senate Select Committee on Intelligence, Comey referred to the anti-Trump dossier as containing “salacious and unverified” material.

6 – How did Comey justify relying upon the dossier to monitor Page when his own FBI determined the document was “only minimally corroborated”?

The memo relates that after dossier author Christopher Steele was terminated months earlier as an FBI source a “source validation report conducted by an independent unit within FBI assessed Steele’s reporting as only minimally corroborated.” Still, Comey saw fit, according to the memo, to utilize the dossier in the FISA documents and he briefed Trump and Obama on the dossier contents.

7 –Why did Comey push back against a request from President Donald Trump to possibly investigate the origins of claims made inside the dossier?

According to the memo, senior officials at the FBI were aware that Clinton and the DNC partially financed Steele’s work when they applied for the FISA warrant on October 21, 2016. That disclosure raises questions about Comey’s June 2017 prepared remarks for the Senate Select Committee on Intelligence in which he related that he pushed back against a suggestion from Trump to investigate the origins of the dossier claims.

The former FBI chief stated that following a January 6 Oval Office meeting with Intelligence Community leaders, Comey “remained alone with the President Elect to brief him on some personally sensitive aspects of the information assembled during the assessment.”

It is clear Comey was referring to the dossier since he writes that the “salacious and unverified” material was about to be publically reported by the news media. Four days after that briefing, the dossier was published by BuzzFeed.

In his statement summarizing his conversation with Trump, Comey refers to Russian prostitutes, a key component of the dossier:

He said he had nothing to do with Russia, had not been involved with hookers in Russia, and had always assumed he was being recorded when in Russia.

In a private White House dinner with Trump on January 27, Comey says the topic of the “salacious material” again came up and he reveals that Trump was considering asking the FBI to investigate the origins of the claims. Comey pushed back against that idea.

During the dinner, the President returned to the salacious material I had briefed him about on January 6, and, as he had done previously, expressed his disgust for the allegations and strongly denied them. He said he was considering ordering me to investigate the alleged incident to prove it didn’t happen. I replied that he should give that careful thought because it might create a narrative that we were investigating him personally, which we weren’t, and because it was very difficult to prove a negative. He said he would think about it and asked me to think about it.

However, according to the memo, senior FBI officials already knew the political origins of the dossier months before Comey met with Trump.

8 – Why didn’t Comey immediately inform Trump that the dossier was financed by Clinton and the DNC, and was compiled by the controversial Fusion GPS?

9 – Why did Comey brief Trump and then-President Barack Obama on the contents of the dossier if he knew the document’s political origins, his own FBI determined it to be “only minimally corroborated” and Comey himself later referred to the dossier as “unverified”?

As Breitbart News documented, Comey’s dossier briefing to Trump was subsequently leaked to the news media, setting in motion a flurry of news media attention on the dossier, including the release of the document to the public. The briefing also may have provided the veneer of respectability to a document circulated within the news media but widely considered too unverified to publicize.

The memo relates that in early January 2017, prior to Trump’s inauguration, Comey briefed Trump and Obama on the dossier even though months later Comey would label the dossier as containing “salacious and unverified” material.

On January 10, CNN was first to report the leaked information that the controversial contents of the dossier were presented during classified briefings inside classified documents presented one week earlier to Obama and Trump.

The news network cited “multiple U.S. officials with direct knowledge of the briefings” – in other words, officials leaking information about classified briefings – revealing the dossier contents were included in a two-page synopsis that served as an addendum to a larger report on Russia’s alleged attempts to interfere in the 2016 presidential election.

Prior to CNN’s report leaking the Comey briefing to Trump, which was picked up by news agencies worldwide, the contents of the dossier had been circulating among news media outlets, but the sensational claims were largely considered too risky to publish.

The network reported the documents state that “Russian operatives claim to have compromising personal and financial information about Mr. Trump” and contain “allegations that there was a continuing exchange of information during the campaign between Trump surrogates and intermediaries for the Russian government.”

All that changed when the dossier contents were presented to Obama and Trump during the classified briefings. In other words, Comey’s briefings themselves and the subsequent leak to CNN about those briefings by “multiple US officials with direct knowledge,” seem to have given the news media the opening to report on the dossier’s existence as well as allude to some of the document’s unproven claims.