Cokie Roberts: If Dems Win House Control in 2018 ‘You Will See a Move Toward Impeachment’ 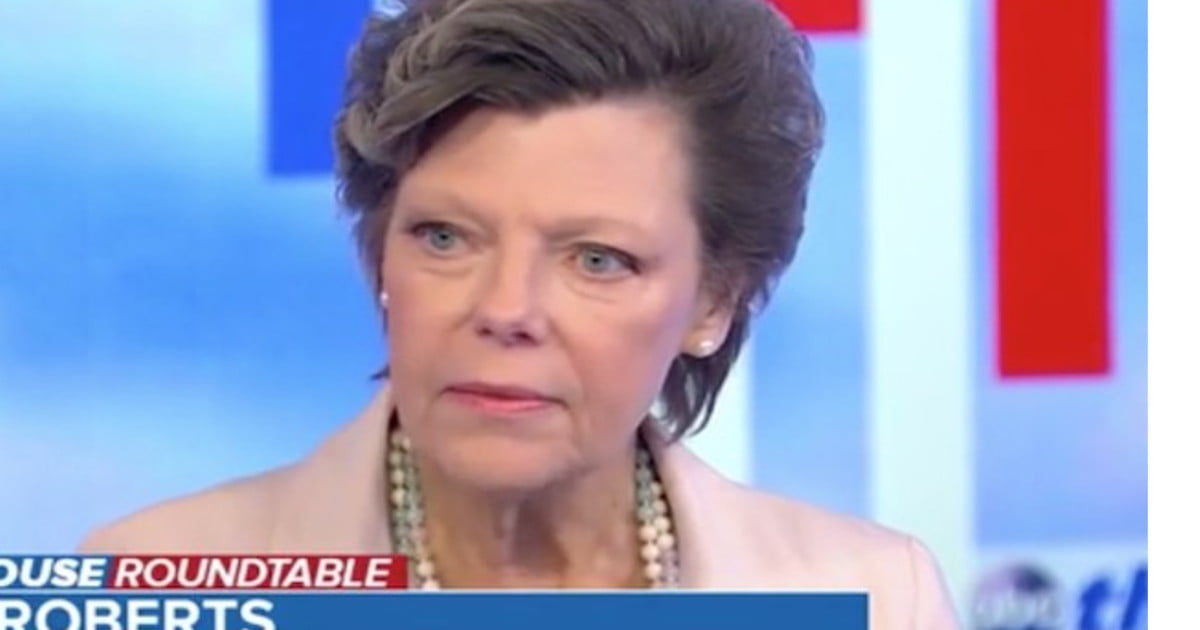 Sunday on ABC’s “This Week,” panelist Cokie Roberts said if Democrats take control of the House of Representatives after the 2018 midterm elections “you will see a move toward impeachment.”

DOWD: This is — Ken Starr said something that I completely disagree with, which I think in a normal world is accurate. He said that basically the president has this power and the Congress is vested with the power to control the president. The problem is, we don’t have a constitutional crisis today, we have constitutional rot. And the rot is, is that Congress is now unwilling to provide the checks and balances to the presidency of the United States. And so the president is allowed to do stuff, and our only solution today it seems like is to go to a special counsel and try to pursue it that way, because the Congress — the congressional house committees, many congressional members of the Senate and the GOP, refuse to do anything. And so our constitution is now rotting because of that.

ROBERTS: No, no, no. But I don’t disagree, the biggest check is the voters, and we have an off-term election coming up, and our off-year elections.

DOWD: The problem is a lot of damage can be done every two and four years.

ROBERTS: I understand that, but off-year elections really sort of serve of like a parliamentary vote of confidence. And if, in fact, the Democrats are able to win, which is a big, big if, but if they do, I think you will see a move toward impeachment.