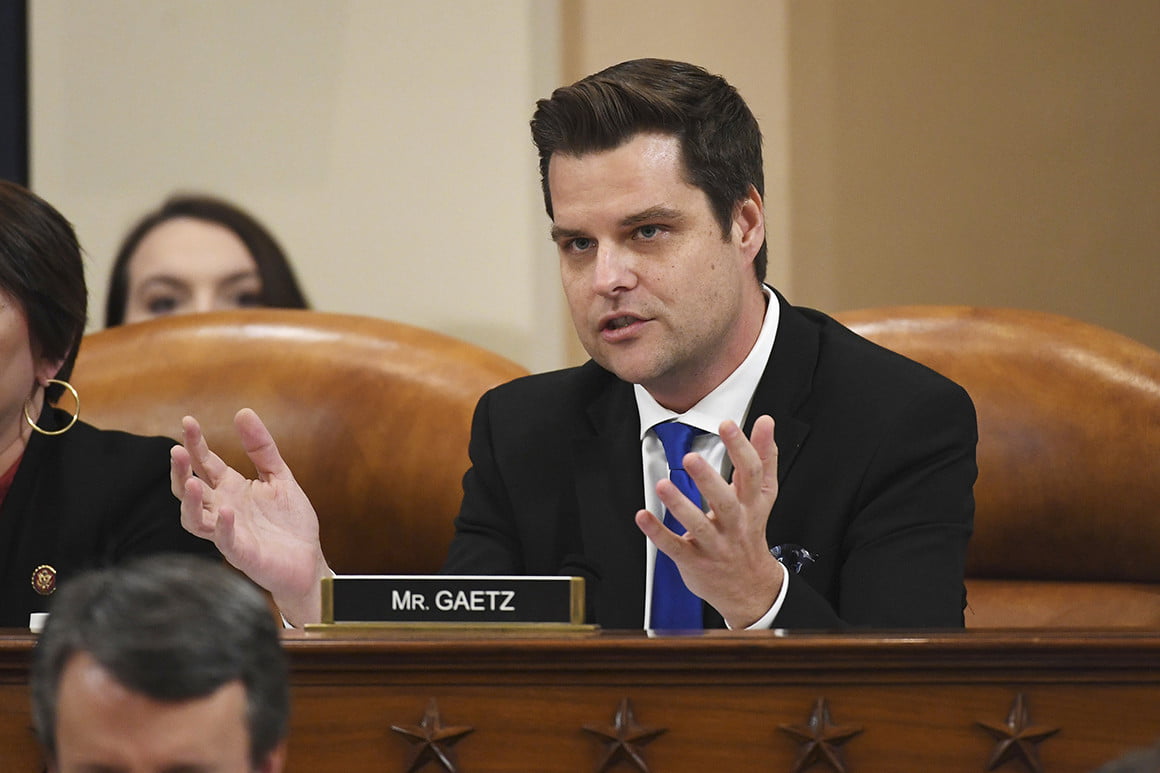 Rep. Matt Gaetz (R-Fla.) is reportedly considering leaving Congress to take a job at rising conservative news outlet Newsmax TV, according to a report by Axios.

Three sources who spoke to the outlet indicated that Gaetz would likely serve his current term but simply not seek reelection.

“Gaetz is a provocative figure on the right who’s attracted attention by being a fierce defender of former President Trump. The Republican also represents a politically potent district on the Florida panhandle,” Axios reported.

The outlet went on to report that Gaetz has been talking to those close to him that he’s really interested in taking on some role at Newsmax TV but it wasn’t clear what it would be at this point.

“One of the sources said Gaetz has had early conversations with the network about what a position could look like,” Axios reported.

Ultimately, Fox News’ Decision Desk was correct, but many Republican voters and network viewers saw the early call as potentially skewing the outcome in the historically red state.

“Some critics now say Fox is not conservative enough for their tastes, providing an opening for Newsmax and the One America News Network (OANN),” Axios reported.

Gaetz, 38, went to Florida State University and received a law degree from the College of William and Mary. He served in the Florida House before being elected to Congress in 2016.

While the party out of power tends to gain seats in midterm elections — creating the possibility of Republicans’ taking control of the House in 2022 — a prominent spot in the media could give Gaetz a platform for a future national political role. Fox executives and personalities were among Trump’s many senior advisers, including Bill Shine, John Bolton and Larry Kudlow.

It’s unclear if Donald Trump will seek his second and final term in 2024, but if so, Gaetz as a prominent national conservative voice would definitely burnish his bona fides and make him a great addition to the previous president’s “MAGA” agenda.

Already, Gaetz has demonstrated he is a formidable conservative, pro-American voice.

In late January, Gaetz took on Rep. Liz Cheney of Wyoming, the No. 3 Republican in the House, after she voted to impeach Trump a second time, even traveling to her own state to campaign against her and promote a primary challenge.

“I think if Liz Cheney had a rally with all of her supporters, they could likely meet inside one of the elevators in the capitol and still have plenty of room for social distancing,” he said at the time during a speech at the Wyoming state capitol building.

“It’s the establishment against the rest of us,” he continued, adding: “But, there are more of us than there are of them and we see the fakes and the phonies more clearly than ever before.”

“How can even you call yourself a representative when you don’t represent the will of the people?” he added. “That’s what all the neo-cons ask about the Arab dictators, I figure maybe we ought to ask the same question of a beltway bureaucrat, turned fake cowgirl, who supported an impeachment that is deeply unpopular in the state of Wyoming.”