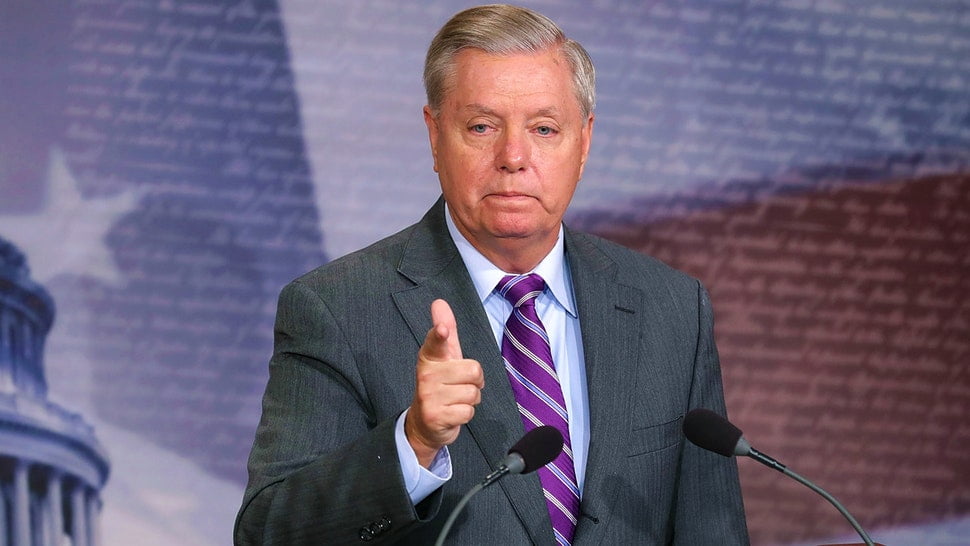 South Carolina Sen. Lindsey Graham triggered Democrats with his most recent interview where he opined on systemic racism in the United States.

The senator was asked by Fox News Sunday host Chris Wallace if he believed that systemic racism exists in the nation.

“No, not in my opinion. We just elected a two-term African-American president; the vice president is of African-American and Indian descent. So our systems are not racist,” the senator said, The New York Post reported.

“America is not a racist country. Within every society, you have bad actors. The Chauvin trial was a just result,” he said.

He criticized “this attack on police and policing, claiming that Democrats suggest officers ‘are all racist.”

“America’s a work in progress but it’s the best place on the planet. And Joe Biden spent a lot of time running the place down. I wish he would stop it,” Graham said.

The comment by Graham was in response to Joe Biden who said that systemic racism is “a stain on our nation’s soul — the knee on the neck of justice for black Americans — profound fear and trauma, the pain, the exhaustion that black and brown Americans experience every single day.”

Graham said that is hopeful that a deal can be reached on police reform, but the Democrats’ insistence on getting rid of qualified immunity could be a sticking point.

“Qualified immunity is a very big deal. If you want to destroy policing in America make sure every cop can be sued when they leave the house,” Graham said.

“So there’s a way to find qualified immunity reform, take the cop out of it. You sue the department rather than the officer if there’s an allegation of civil rights abuse or constitutional rights abuse.

“We can solve the issue if there’s a will to get there and I think there is in both parties right now,” he said.

The senator was quickly attacked by leftists on Twitter who see racism everywhere they look.

“Lindsey Graham says there’s no racism in America because Barack Obama and Kamala Harris were elected. He’s also said that POC wouldn’t have any problems if they behaved like white Republican men. But sometimes it’s hard to hear him through the white hood,” Paul Rudnick said.

Once again, Graham did not say that racism does not exist. People are missing the point.

Systemic racism, as defined by The Aspen Institute, it says can be related to “structural racism,” which it defines as “A system in which public policies, institutional practices, cultural representations, and other norms work in various, often reinforcing ways to perpetuate racial group inequity. It identifies dimensions of our history and culture that have allowed privileges associated with “whiteness” and disadvantages associated with “color” to endure and adapt over time. Structural racism is not something that a few people or institutions choose to practice. Instead it has been a feature of the social, economic and political systems in which we all exist.”

Of systemic racism it says, “In many ways ‘systemic racism’ and ‘structural racism’ are synonymous. If there is a difference between the terms, it can be said to exist in the fact that a structural racism analysis pays more attention to the historical, cultural and social psychological aspects of our currently racialized society.”

People can debate all day long if “systemic racism” exists, but it is not the same as regular racism. And it would be tough to argue that systemic racism does exist in a nation that has elected, not only former President Obama, but many black leaders.